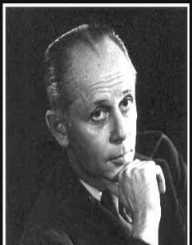 Norman Cousins was born on June 24th, 1915. He was famous for being a politician professor, an author and a peace advocate.

Norman Cousins was born on June 24th, in 1915. His place of birth was in New Jersey which was later referred to as the Union City. As a young boy, Norman Cousins was an athletic young man. However, medical experts erroneously diagnosed that he was suffering from tuberculosis. As a result, he had to be placed in a sanatorium when he was only 11 years old. He attended school in New York City at the Theodore Roosevelt High School. He later graduated on February 3rd, in 1933. While studying in high school, he was the editor of the school’s paper called "The Square Deal." Afterward, he went for his higher education at the Teachers College, Columbia University where he obtained his degree.

After graduating from the university, Norman Cousins went on to work with the New York Evening Post (later called the New York Post). This was in 1934, and a year later Current History offered him a job as their book critic. Owing to his prowess in the field, soon Cousins was promoted to the managing director. During this period, he made friends with staff members of Saturday Review of Literature who also operated using the same building. Their strong bond motivated Cousins to join their team by 1940. Two years down the line he was appointed to the position of editor-in-chief. He successfully held on to this post for more than three decades until 1972. Over this period, sales of the publication went up considerably to 650, 000 from their earlier 20, 000.
Activism and Political Thoughts

In the political arena, Norman Cousins was an active member as he often advocated for liberal causes in the society. What he aspired for mostly was the idea of world peace and nuclear disarmament. The advantage that he had was that he expressed his views on these matters through his publications on the Saturday Review.

In 1945, for example, Norman Cousins wrote an article in response to the American bombings in Hiroshima. This article was called “The Modern Man is Obsolete.” He expressed his distress and guilt with regards to how atomic bombs were used on human beings. After the publication of the article the following day, the response was huge. His writings were republished nationwide in other newspapers. Moreover, the piece was adopted as a book and later reprinted in varying languages.

Norman Cousins continued his writings, and in 1949, he released “Writing for Love or Money.” There are other non-fiction works that he embarked on which also delved into his activism perceptions. One of such works was the book titled Who Speaks for Man? -1953.

There are notable positions that he was offered to head including acting as the World Federalist Association’s president. Norman Cousins also chaired the Committee for Sane Nuclear Policy. In the 1960s, Cousins took up the role of an unofficial ambassador by aiding communications between the White House and Holy See. In line with this, Pope John XXIII and President John F. Kennedy appreciated his honest assistance in trying to bring peace. The former bestowed Cousins with a personal medallion.

In 1963, Norman Cousins obtained another peace award, i.e., Eleanor Roosevelt Peace Award. Five years later, he crew the Family Man of the Year. In 1971, he bagged home the United Nations Peace Medal. Years later, in 1990, he was granted the Niwano Peace Prize.

During his lifetime, Norman Cousins struggled with heart problems and arthritis. He married Ellen and had four daughters together.