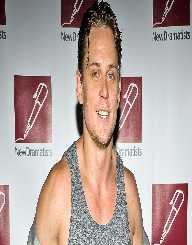 Billy Magnussen was born on April 20th, 1985. He is famous for being an American actor. His acting career took off in 2007. Next, he featured in As the World Turns. Within a short while, other roles soon followed such as notable roles in Twelve – 2010. Due to his outstanding acting talent, he was one of the nominees for the Tony Awards in 2013. His most recent works include roles in Into the Woods – 2014 and Bridge of Spies – 2015.

Billy Magnussen was born on April 20th, in 1985. His place of birth was in Woodhaven, Queens in New York. His parents are sports enthusiasts. His mother is called Daina while his father’s name is Greg Magnussen. His mother worked as an aerobics instructor while his father was a professional bodybuilder.

Magnussen acting career began in 2007. This was after featuring in a Broadway production called The Ritz. On stage, he has also featured in another production termed as Vanya and Sonia and Masha and Spike – 2012.

Billy Magnussen has also been active in the film industry with roles in movies such as Happy Tears and Blood Night: The Legend of Mary Hatchet. In mid-2010, Magnussen took the lead role in Twelve. The following year, he featured in two films; Damsels in Distress and The Lost Valentine. He also starred in 2012 movie called Surviving Family.
Other film works that he has featured in include Revenge of the Green Dragons – 2014, Into the Woods – 2014, Bridge of Spies- 2015, The Big Short – 2015, Unbreakable Kimmy Schmidt – 2017 and Game Night – 2018. He plays one of the roles in a comedy thriller Game Night which would be released in 2018.

Aside from winning his audience in the film industry, Billy Magnussen has also played some roles some of the TV shows. He was part of the cast in the American Crime Story as Kato Kaelin. Additionally, his most notable role was in the soap opera called As the World Turns. At the beginning of 2008, he acted as Casey Hughes in the TV show. The following year, he featured in The Beautiful Life.

Other shows where he has featured in include Boardwalk Empire, The Divide, NCIS: Los Angeles and Unbreakable Kimmy Schmidt.

Billy Magnussen is also a musician. He plays bass for The Dash which is a band found in New York.