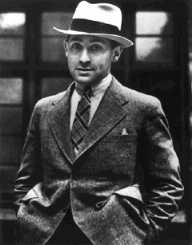 Alfred Eisenstaedt was a prominent German photographer who became famous worldwide for his work with Life Magazine. He is known for the famous picture of a sailor kissing a nurse on the V-J Day Celebration in New York. This picture remains the iconic image capturing the happiness as well as the joy of every American at the end of the World War II. The man is a highly talented man with an uncanny ability to capture memorable images which are newsworthy.

He even earned the title, the father of photojournalism. He was known to have captured numerous historical events through the 20th century. He also captured dignitaries, film stars, politicians and religious leaders. He captured other artists like him as well as common men. His unfailing ability to capture the moment of the day as well as a thousand emotion is a reason for his fame.

Alfred Eisenstaedt was born in the West Prussia, Imperial Germany to Joseph and Regina Eisenstaedt on 6 December 1898. His father was known to have owned a department store. Being a very creative fellow from childhood, he was fascinated with photography at an early stage of his life. At age 14, he had his first camera which he took around anywhere he went. He later went to Hohenzollern Gymnasium in Berlin to study.

In 1916, Alfred Eisenstaedt got drafted into the war and served in the German Army between 1916 and 1918 during the World War I. At that period, he got injured in both legs. After the war, he engaged himself in a belt and button salesman during the 1920s. Soon, he had the urge to explore his interest in photography.

He then became a freelance photographer for the Pacific Atlantic Photos Berlin office in 1928. Erich Salomon’s works influenced his work too. By 1929, he was very skilled and had widespread popularity. He was even employed to cover the rise of Adolf Hitler. He got more famous for creating an image of a waiter at the ice rink of the Grand Hotel in 1932. He received applause as many believe that the picture was taken at the right time.

Alfred Eisenstaedt is known to help people capture their moments and emotion in a single picture. He left for the United States in 1935 to start a new life. The Life magazine then employed him in 1936. He was one of the four photographers hired by the publication. He worked there till 1972. He created over 2, 500 photo essays for the company as well as have 90 of his works appeared in the magazine. By 1954, he has become so popular and well known all around that he started at George Eastman House in New York, a  one-man exhibition at the International Museum of Photography. Many people came for the exhibition and enjoyed it so much. Every year, he goes for his annual August vacations where he experiments different techniques to make him better and good. He later published his anthologies of photographs in 1966, 1973, 1981 as Our Time, People and Eisenstaedt: Germany respectively.

His famous work was the photograph that is known as V-J Day in Times Square. This picture shows an American sailor kissing a young woman. This picture also represents the jubilation and happiness of the Americans at the end of the World War II.

In 1989, Alfred Eisenstaedt was awarded the National Medal of Arts in 1989 by the former President of the US, President George Bush.

Alfred Eisenstaedt got married to Kathy Kaye, a South African, in 1949. The couple had no children, and yet they lived together until her death in 1972. He loved and cared for her despite her lack of children. Alfred Eisenstaedt is very simple to deal with, and this even surprised Kathy at the time of their marriage. He did not allow his achievements and success to get into his heads, he always relates with his friends well. He is unassuming in his relationship with others.

Alfred Eisenstaedt died at the age of 96 in 1995 after living a long and productive life. It was not also recorded that he had a second wife after his wife’s death. After his death, the Columbia University Graduate of School of Journalism established Alfred Eisenstaedt Awards for Magazine Photography in his honor in 1999.