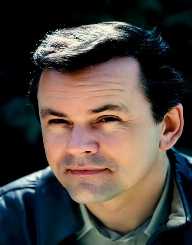 American drummer, radio host, disk jockey and actor Robert Edward Crane, better known as Bob Crane was born on July 13, 1928, in Waterbury, Connecticut, United States of America. He was the younger of the two sons of his parents, father Alfred Thomas and mother Rosemary (Senich) Crane. His older brother Alfred John was about two years older than him. Bob Crane hailed from a mixed heritage of Irish and Russian ancestry.

His family moved to Stamford, Connecticut when he was around two years old. He almost spent almost his entire childhood and his teenage years in Stamford barring two years during the mid-30s, when they resided in Poughkeepsie, New York.

Bob Crane attended the Stamford High School and obtained his high school graduation from there in 1946. His passion for music developed during his junior high school days. He began playing drums as early as at the age of eleven.

While in school, he used to enthrall his classmates with the antics of a clown. He was very fond of jazz, and big band and the drum was his particular favorite. Along with his neighborhood buddies he used to organize local drum and bugle parades during his teenage days.

He was a member of his school marching and jazz band and appeared regularly for the school orchestra as a drummer. Connecticut and Norwalk Symphony Orchestra had their youth orchestra program where Crane contributed as a drummer.

He was a huge fan of American drummer Gene Krupa and regarded him as his idol and his prime motivator. It was an event by Gene Krupa, which influenced Crane to pursue drumming as his preferred choice of musical activities seriously.

Upon completion of his high school graduation, Crane began his professional career first as a watch mechanic. He also worked as a sales clerk in a jewelry/emporium store around this time. In 1948, he was enrolled at the Connecticut Army National Guard and was discharged honorably in 1950. He began his radio broadcasting career in the same year and started working with WLEA in Hornell, New York.

Bob Crane worked there for nine months and was elevated to the post of the program director. After that, he moved to Bristol, Connecticut and began working with WBIS. Soon he changed his job again and engaged himself with WICC, Bridgeport, Connecticut, a commercial AM radio station covering the northeastern area of the New York Metropolis with its 1000 watt sound operation.

The leading radio station network of America, CBS had fierce competition with WICC in respect of ratings. To maintain their air supremacy, CBS offered Bob Crane a lucrative job in their Boston affiliate WEEI, the victim of the rating war. Crane accepted the offer of working at the KNX-CBS radio station of Los Angeles after initially refusing the offer of working at WEEI, Boston.

He replaced Ralph Story as the host of the top-rated morning show being aired by CBS at its flagship KNX, Los Angeles radio station responsible for catering to the west coast listeners of America. His witty presentation and drumming excellence coupled with the presence of celebrity guests of the likes of Frank Sinatra, Marilyn Monroe, and Bob Hope soon won the rating war and the KNX, Los Angeles radio station morning show captured the number one rating in no time.

Such was the popularity and dominance of Crane that he was nicknamed ‘King of the Los Angeles Airwave.’ The morning show was renamed ‘Bob Crane Show’ and began its debut broadcast on September 3, 1956, after Crane joined KNX in August 1956. Bob Crane was associated with radio for more than 15 years and has changed it for future generations to succeed.

He successfully progressed to acting with various projects in films and televisions. In 1965, he portrayed the role of Colonel Robert E. Hogan in the television sitcom ‘Hogan’s Heroes.’ Based on a POW camp in Germany during World War II, the sitcom completed its 168th episode on the CBS network. The theme song of the show consisting of a characteristics military style drum rhythm was played by Crane himself.

Bob Crane married Anne Terzian, his high school sweetheart, on May 20, 1949. They together had three children. The couple divorced on June 17, 1970, after spending more than 20 years of married life. He married Patricia Olson (stage name - Sigrid Valdis) on October 16, 1970. In addition to Patricia’s daughter Melissa Ateyah from her previous marriage, the couple was blessed with a son.

Bob Crane was found murdered on the sets of a dinner theater production, Beginner's Luck on June 29, 1978, in his Winfield Place Apartments while on tour in Scottsdale, Arizona. The murder could not be solved officially and remains a mystery to date. His funeral was done on July 5, 1978.