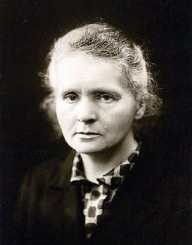 American civil Elmina Wilson was the first American women to study at tertiary level to become a civil engineer. She was born on the 29 September 1870 in Harper, Keokuk County, Iowa. Her parents were John C. Wilson and Olive Eaton, and she had five siblings. The family descended from Scottish immigrants to the United States.

Elmina Wilson did a four-year civil engineering degree at Iowa State University, graduating in 1882. She then studied for an MA in civil engineering which she was awarded in 1894. Wilson returned to her studies in 1897 and did a semester in hydraulics at Cornell University. She also earned a graduate degree at the Massachusetts Institute of Technology.

Upon graduation, Elmina Wilson worked at Iowa State University as an assistant in the university’s drafting faculty. She became an instructor a year later. In 1895 she began working with Professor Anson Marston on the first elevated steel tower to be constructed west of the Mississippi River. This tower, the Marston Water Tower, was finished in 1897.

After doing a semester studying water hydraulics at Cornell University, Wilson took up a position as a physics lecturer at Iowa State University.

During the summer, Elmina Wilson worked for Patton & Miller in Chicago doing drafting work. It was at this time she studied at the Massachusetts Institute of Technology and earned a graduate degree. Then she returned to Iowa State University as an assistant professor of physics. Wilson also started publishing articles relating to the testing of cement formulas in The Iowa Engineer. She was teaching civil engineering and the theory of structures.

In 1903 Wilson traveled to Europe on a sabbatical during which time she studied the architectural and engineering designs on the continent.

Upon her return from her European tour, Wilson resigned her post at Iowa State University and found a position with the James E. Brooks Company in New York City (1904). One of her first projects was at the Essex Structural Steel Works in New Jersey.  Elmina Wilson started working with the U.S. Department of Agriculture contributing to various publications, and she also authored a brochure Modern Conveniences for the Farm Home which was serialized nationally in multiple newspapers. In 1906 Wilson began working at Purdy and Henderson, an engineering firm. It was here that the had the opportunity to work on the Flatiron Building as well as the Met Life Tower.

In 1907 Wilson went on another visit to Europe where Wilson spent six months in France and Spain studying and absorbing the architecture. Back in the  United States, she worked on the design for a house in Iowa for W.J. Freed.  John Severn Brown Company hired Wilson as a structural engineer in 1912.

Elmina Wilson never married and remained dedicated to her profession until her early death at the age of 48 on the 2 June 1918. She was family orientated and stayed in touch with her siblings all her life.

Wilson was involved with the Women’s Suffrage Movement and along with her sister Alda, became friends with suffragette Carrie Chapman Catt.