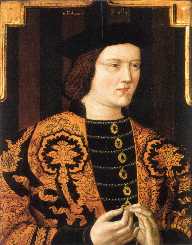 Richard III of England was born on October 2, 1452, as the twelfth of thirteen children of Richard Plantagenet, third Duke of York and Cecily Neville. His father has a strong genealogical claim to the throne of England. In 1460, his father and his brother, Edmund were killed in the Battle of Wakefield. In 1461, his eldest brother Edward was crowned as King Edward IV, and he returned to England to attend the coronation. He was named the Duke of Gloucester. He was also made a Knight of the Garter and Knight of the Bath. In 1464, he was appointed the sole Commissioner of the Array for the Western Counties.

In 1469, he was made Constable of England, and after a month he became Chief Justice of North Wales. The years went by, and he was named Great Chamberlain and Lord High Admiral of England. In 1496, the War of Roses resumed, and King Henry VI snatched the throne from Richard’s Brother Edward. Edward and Richard were exiled during Henry’s reign. The brother defended the throne, and Henry was overthrown, and Edward IV took back the throne.

In 1483, King Edward IV died, and his son Edward V was named a successor to the throne. Richard III of England was made Lord Protector of the realm. He took the King and his brother and lodged them in the Tower of London while arrangements were made for Edward’s coronation. A controversy erupted that the marriage of the young King’s parents was invalid. The marriage was later invalidated, and Edward V and his brother were rendered illegible for the throne.

In 1483, Richard was crowned as King Richard III. The princes were never seen in the public, and the King was accused of having ordered the murder of his nephews. The accusations fuelled the legend of the Princes in the Tower. In the same year, a revolt was led against King Richard III by Henry Stafford who was the second Duke of Buckingham. The rebellion was about Edward being the heir to the throne and not Richard. The revolt however collapsed.

In 1485, another revolt arose led by Henry Tudor, Earl of Richmond, who was a Lancastrian claimant to the throne. Henry engaged Richard III in the Battle of Bosworth Field in Leicestershire where several of Richard’s Lieutenants in his army defected including Sir William Stanley and Henry Percy, fourth of Northumberland. King Richard III fought bravely, but he lost his dear life in the battle.

In 1472, Richard III of England married Anne Neville, daughter of the Earl of Warwick with whom he has a son who later died. He had two illegitimate children who had been born before his marriage. He died on August 22, 1485, while fighting Henry Tudor in the Battle of Bosworth. He became the last English King to be killed in battle. Henry succeeded Richard III to become the King. After his coronation, he was titled King Henry VII of England.