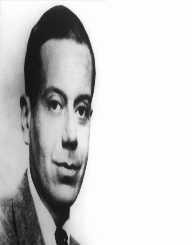 American composer and songwriter Cole Porter was born on June 9, 1891, in Peru, Indiana. His father was a druggist, and his mother was the daughter of James Omar Cole, who was known as the richest man in Indiana.
His mother began training Porter in music at an early age. By the time he was six years old, Porter had learned to play violin, and piano, when he was eight. At ten years of age, Porter wrote his first operetta, with the help of his mother. O.J. Cole wanted Porter to become a lawyer and sent him to the Worcester Academy in Massachusetts. He did well in school and became class valedictorian.

In 1909 Porter entered Yale University, where he majored in English and minored in music. In his senior year, Porter was elected the president of Yale Glee Club. During his time at the University, Porter wrote more than 300 songs, including football fight songs which are still played at Yale to this day.

After graduating from Yale, Porter enrolled in Harvard Law School. He already knew that being a lawyer is not the profession for him, and switched to Harvard’s music faculty. His mother did not object his choice, but it was kept secret from his grandfather.

Cole Porter made his debut on Broadway in 1915. His first song “Esmeralda” was a major success and his musical See America First quickly followed. The musical was unsuccessful and closed after running for two weeks. When the World War I broke out, Porter went to France. He claimed that he served the French Foreign Legion, but it was not true. He lived a lavish lifestyle and often threw scandalous parties in his Paris apartment. In 1919, he married the socialite Linda Lee Thomas.

Porter and his wife traveled around Europe. At one point, they settled in Palazzo Rezzonico in Venice, Italy. His lavish lifestyle was paid by his wife as well as his family. Despite being financially supported, Porter continued to write music, which was even featured in some shows in London.

In 1928, Cole Porter wrote the majorly successful song “Let’s Do It (Let’s Fall In Love)” for the musical Paris. This song was the beginning of his Broadway success. His songs were included in several musicals, like Gay Divorce (1932), and Anything Goes (1934).

His popularity grew, and soon Porter’s songs were featured on the big screen. His hits “Easy To Love” and “I’ve Got You Under My Skin” were written for movie projects.

In 1937, Porter was riding a horse, when it rolled on him and crushed his legs. Porter had to suffer through several operations, and he was in constant pain for the rest of his life. The doctors told him that both legs should be amputated, but since he refused, various reconstructive surgeries were performed. The accident left Porter crippled, but more focused on his work as a songwriter. Although his first projects after coming back were not a major success, he later came back with memorable songs such as “Friendship” and “You’d Be So Nice to Come Home To.”

In 1954 Porter suffered a big personal loss when his wife died. She had been an excellent friend and supporter for him, despite the fact that Porter had many extramarital homosexual relationships.

Despite the loss of his wife, Porter continued to work. He was nominated for an Academy Award for his song “True Love” in musical High Society. Porter was using a lot of alcohol and painkillers. In 1958, he had both of his legs amputated and stopped writing songs. Porter died in 1964 in Santa Monica, California.