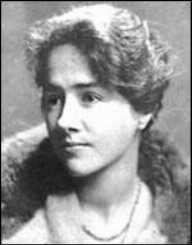 American author and aviator Anne Spencer Lindbergh was born on June 22, 1906, in Englewood, New Jersey. Her father was a partner at J.P. Morgan & Co. and later became the United States Ambassador to Mexico and United States Senator. Her mother was a poet and a teacher. She was very passionate about women’s education. Anne was the second of four children in the family.

The family was Calvinist, and her mother was devoted to her children’s education. All four children learned to read and write at a young age. They were all writing diaries and poetry. Anne went to The Chapin School in New York and graduated in 1924. She later went to Smith College and graduated in 1928 with Bachelor of Arts Degree.

Anne Marrow met Charles Lindenberg in 1927 in Mexico. Lindenberg was invited to Mexico by Anne’s father to advance good relations between Mexico and the United States. At the time, Lindenberg was already an acknowledged aviator, who made a solo flight across the Atlantic. At the time, he was known all around the world, but Anne was just a shy, 21-year-old student.

The couple married in 1929 in a small, private ceremony. The same year, she flew solo for the first time in her life and the following year, became the first American woman to earn a first-class glider pilot’s license. The Lindberghs were a real adventure couple and were the first ones to fly from Africa to South America and explore polar air routes. They had their first child in 1930.

On March 1, 1932, an episode later known as the Lindbergh kidnapping took place. The couples first child Charles was kidnapped, when he was only 20 months old, the child was taken from Lindbergh’s home. After massive search and investigation took place, baby’s body was found on March 12.

The kidnapper Bruno Richard Hauptmann was later convicted and executed. The family was forced to move to England, due to unbearable press attention. They later moved to Illiec island off the coast of Brittany, France.

The Lindberghs were advocates for isolationist views, which led them to lose their star status in the eyes of many people. in 1938, Lindbergh was invited to assess German technology, which he was impressed by. He suggested that the U.S. doesn’t get involved in the European conflict.

In 1939, he was also open about his beliefs on race, saying that to have peace and security, Americans should preserve their heritage and guard themselves against alien races. Anna was also supporting her husband and his beliefs and wrote a 41-page booklet The Wave of the Future. This booklet became one of the most despised writing at the time.

Lindberghs returned to the U.S. in 1939, and Charles quickly became the leader of anti-war America First Committee. After Pearl Harbor was attacked and Germany declared war, the committee disbanded. Charles even became involved in military and joined combat as a civilian. During this time, Anne Morrow Lindbergh met French writer Antoine de Saint-Exupery, which whom she had a secret affair.

After the war, Anne earned her excellent reputation back by becoming a leading advocate for the environmental movement. In 1955, she wrote a book Gift from the Sea, which became a national bestseller.

It is also known that Anne Morrow Lindbergh had a three-year-long affair with a doctor in 1950s. Lindbergs have five children together. Her husband was also leading a double life around that time. He had a long-lasting relationship with a hat maker from Munich. They had three children together.

In the 1990s, Anne suffered from series of strokes which made her physically and mentally impaired. She continued living in Connecticut with the help of caregivers. Anne died in 2001 when she was 94 years old after she had another stroke.

During her life, Anne Morrow Lindbergh had received several awards and honors. She was awarded the Hubbard Medal in 1934 by the National Geographic Society for completing 40,000 miles of exploratory flying. She is also a member of National Aviation Hall of Fame since 1979, National Woman’s Hall of Fame and International Women in Aviation Pioneer Hall of Fame.