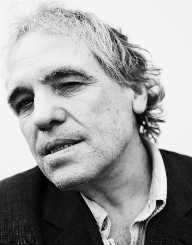 Abel Ferrara is an American film director who is best known for his controversial films, subject matter, and his use of neo-noir imagery.

Abel Ferrara was born in the Bronx, New York on July 19, 1951. He was raised in a Catholic household and was born of Irish and Italian descent. Little is known about his early life and family.

As a child, he gathered a consuming interest in filmmaking and directing, claiming that he was going to direct films in his adult life- a fantasy that would soon become true. At 15, he moved to Westchester, New York.

It isn’t known where Abel Ferrara attended primary and high school. We do know, however, that he attended the State University of New York at Purchase where he directed short films to gain experience in the filmmaking field.

Abel Ferrara career started when he directed his filmThe Driller Killer, which gained him a supportive cult audience. The film starred an artist (played by Ferrara himself) who went on a killing spree using a drill.  In 1981, he directed Ms. 45 which was a rape revenge-themed film and was then hired to directFear City which took place in a shady strip club and involved a serial killer who stalked women after work. Abel Ferrara then moved on to work on two Micheal Mann produced television shows. Shortly after, he directed several feature films: China Girl in 1987, The Gladiator in 1987, and Cat Chaser in 1989.

Abel Ferrara then created one of his most famous feature films: King of New York (1990). The cast included Wesley Snipes and David Caruso. Next, he directed Bad Lieutenant in 1992. The script was co-written with Ms. 45’s Zoe Tamerlis and followed a sex and drug addicted cop. Despite the film’s controversial topics, it was given high ratings from critics.

From then on, Abel Ferrara directed some small films and remakes before hitting big-time fame in his later career.  From 1997 to 2010, Ferrara worked on larger films including R Xmas and Mary. Abel Ferrara visited Argentina to promote Mary at the Mar del Plata International Film Festival. In April of 2011, he started filming his first film in four years: 4:44 Last Day on Earth, starring William Dafoe. The filming of the movie meant the start of Ferrara and DaFoe’s third time working together.

Throughout his directing career, Abel Ferrara has pinpointed several trademarks within his films. These trademarks include frequent use of religious imagery, New York City as a setting, very little music within his films, film endings that include the death of the main character, and decent men who get caught up in bad situations. There is also the recurring theme of faith and redemption within his films.

Currently, Abel Ferrara lives in Rome, Italy with his wife Christina and their daughter, as well as Ferrara’s two adopted children. Previously, Abel Ferrara had been married to a woman named Nancy. In 2007, he converted to Buddhism after a life of Catholicism.