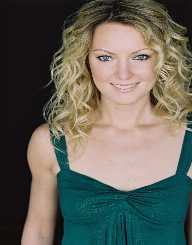 Brandi Angela Brandt was born to Brie Howard on November 2, 1968. She was raised in Santa Clara, California. Brandi's parents were musicians, and she had a turbulent childhood growing up in a neighbourhood plagued by alcoholics and drug abuse. By the time Brandi attained the age of 12, she had already fallen prey to these social evils. During her teenage years itself, she began abusing alcohol, cocaine, and cannabis. At the age of 12, she met comedian Jon Lovitz and instantly bonded well with him.

Apart from modeling, Brandi Brandt also has a few films to her credit. She has acted in films like 'Ticker' (2001), 'Playboy: The Party Continues' (2000) and 'Playboy: Playmate Profile Video Collection.' Brandi is popular for her self-inspired role in 'Desperately Seeking Miss October,' an episode from the television sitcom 'Married... with Children'. The episode was aired on 5th November 1989. During this episode, she shared screen space with Ed O'Neill and David Garrison. In the show, Ed played the character of Al Bundy while David portrayed the role of a visiting friend named Steve Rhoades.

Brandi Brandt was also seen as an elevator operator at the beginning of the video 'Love in an Elevator.' Brandi has also essayed the role of a glamorous Gyno-American in the film 'Citizen Toxie: The Toxic Avenger IV.' Troma Entertainment produced the film in 2000.

What year was Brandi Brandt on Playboy?

She was Playboy’s Playmate of the Month for October 1987.

When was Brandi Brandt on cover of Playboy with Trump?

Playboy’s March 1990 issue features both Trump and Brandi Brandt on the cover page.

At the young age of 22, Brandi Brandt tied the nuptial knot with the immensely popular bassist and co-founder of Mötley Crüe, Frank Carlton Serafino Feranna Jr. alias Nikki Sixx. The two complemented each other extremely well and were referred to as the hottest couple at that time. However, after spending seven years together, the couple got divorced in 1996.

When was Nikki Sixx married to Brandi Brandt?

Nikki Sixx and Brandi Brandt were married on 29 May 1989.

Who was Brandi Brandt dating?

How many kids do Nikki Sixx and Brandi Brandt have?

They have three children.

Brandi Brandt has had several affairs in her life. She has dated stars like Jon Lovitz, Taime Down and Rusty Setser. She was also involved with Hugh Hefner, Tracii Guns, Riki Rachtman and was rumored to have hooked up with Tommy Lee, drummer of her husband's band Mötley Crüe.

Why is Brandi Brandt in jail?

She was importing drugs to Australia. So she was sentenced for six years in jail on April 2014.

Where is Brandi Brandt today?

She was released from jail on the promise of good behavior.

When Setser was refused entry in Australia, he sent Brandi, his girlfriend at the time with the purpose of importing cocaine into Australia. Brandi's movements were closely watched upon, and she was subsequently arrested. On November 15, 2013, Brandi was extradited to Sydney, Australia where she had to face criminal charges for her alleged involvement in the cocaine-trafficking syndicate. She was convicted in the year 2014 and was sentenced to six years in prison on August 29, 2014. Brandi Brandt became eligible for parole in November 2016.