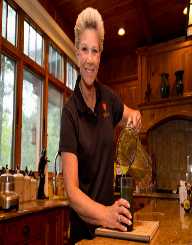 Joan Lunden known as Joan Lunden is an American television host, journalist, and author. Born on September 19, 1950, he was the co-host of the popular ABC shows Good Morning America from 1980 to 1997. As an author, Lunden has written eight books including Growing up Healthy: Protecting your child now through Adulthood, A Bend in the Road is not the End of the Road: 10 Positive Principles For Dealing With Change, and Good Morning I'm Joan Lunden among others. He is presently a special correspondent for the Today show on NBC since 2014.

Joan Lunden was born Joan Elise Blunden in Fair Oaks, California to Gladyce Lorraine (née Somerville) and Dr. Erle Murray Blunden, a physician. She graduated with a degree in Liberal Arts at the California State University, Sacramento. She continued her education at the Mexico City campus of Universidad de las Americas, where she studied Spanish and anthropology.

As a visiting instructor, Joan Lunden taught a course in broadcast journalism at Montclair State College in New Jersey. Lunden started her broadcasting career by working for Channel 3 (KCRA) in Sacramento, California. She worked as a news anchor at KCRA-TV and on the radio as co-anchor of the daily noon news program.

Joan Lunden joined WABC-TV, New York Eye Witness News in 1975. This was when she changed her Blunden to Lunden to prevent being referred to as “Blunder.” Joan Lunden graduated to become a co-anchor on the weekend newscasts in 1976. The same year, she joined the Good Morning America (GMA) show as a news/consumer reporter. After the co-host of the show, Sandy Hill left the cover the Winter Olympics for ABC; Lunden became a fill-in co-host. She became very popular on the program leading to her becoming a substantive to the co-host to the host David Hartman in 1980.

As the co-host, Joan Lunden also reported from 26 countries, covered five Olympic Games, four presidents and two royal weddings. She extensively covered and also interviewed US Presidents and their wives including Gerald and Betty Ford, Jimmy and Rosalynn Carter, Ronald and Nancy Reagan, and George and Barbara Bush and Bill and Hillary Clinton. She left the show on September 5, 1997, after serving 17 years as co-host.

As with several other journalists, Joan Lunden was a risk taker. She climbed and abseil the Mendenhall Glacier in Juneau, Alaska, and bungee-jumped a 143-foot bridge and paraglide off a 2,000-foot mountain during the GMA’shighly rated trip to New Zealand. In 1994, she navigated the whitewater rapids of a Georgia river for the GMA show.

After the GMA programme, Joan Lunden hosted Behind Closed Doors on the A&E cable network and also served as the guest host of the network’s Biography. Joan Lunden also has hostedHometown Heroes and America's Invisible Children on DirectTV. Lunden currently serves as the spokesperson for A Place for Mom. Since September 30, 2014, she is working as a special correspondent for NBC’S Today Show.

Joan Lunden has numerous awards and honor for her work in broadcasting. She has the Spirit of Achievement Award from the Albert Einstein College of Education, New Jersey Division of Civil Rights Award; YWCA Outstanding Woman's Award; National Women's Political Caucus Award; and Baylor University Outstanding Woman of the Year. She received the New York Women in Communications with a Matrix Award for her "outstanding contributions to the broadcasting field" in 1991.

In 1978, Joan Lunden married Michael A. Krauss. They have three daughters Jamie Beryl Krauss, Lindsay Leigh Krauss, and Sarah Emily Krauss. The couple divorced in 1992. Her second marriage was to Jeff Konigsberg on April 18, 2000. The couple has four children, two sets of twins. It was through a surrogate mother. As a beneficiary of surrogacy, Lunden has become a spokesperson for the act. Joan Lunden converted to Judaism during her first marriage. She disclosed been diagnosed with breast cancer on Good Morning America on June 24, 2014.

Aside from her work as a broadcast journalist, Joan Lunden is also an author with eight books to her credit. Her books include Growing up Healthy: Protecting your child now through Adulthood, Joan Lunden's Healthy Living, Joan Lunden's Healthy Cooking and Wake Up Calls: Making the Most Out of Every Day (Regardless of What Life Throws You). The others include A Bend in the Road is not the End of the Road: 10 Positive Principles For Dealing With Change, Mother's Minutes, Your Newborn Baby and Good Morning I'm Joan Lunden.