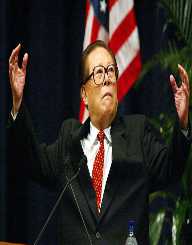 Jiang Zemin is a Chinese Politician and former President of the People’ Republic of China, serving from 1993 to 2003. Born on August 17, 1926, he is regarded as the “core of the third generational” leaders of the Communist Party from 1989. Before rising to the high office, he served as the General Secretary of the Communist Party of China from 1989 until 2002 and from 1989 to 2004 was the Chairman of the Central Military Commission. Zemin rise to power was uncalculated and very sudden.

He replaced the then General Secretary, Zhao Ziyang, after the Tiananmen Square protest of 1989. Zhao had been accused of supporting the student movement, hence the sack. As the new General Secretary, he was able to consolidate power to become the leader of the country. During his term of office, the country underwent some reforms and experienced economic growth. The relationship between China and other countries also developed substantially.

Jiang Zemin was born on August 17, 1926, in Yangzhou, Jiangsu. His father Jiang Shijun was the vice officer of the publicity department of the Nanking government. His foster father and uncle, Zemin Shangqing died during the World War II while fighting the Japanese. Zemin received education at the National Central University’s Department of Electrical Engineering in the then Japanese occupied Nanjing. He later received a transfer to National Chiao University graduation with a bachelor’s degree in electrical engineering in 1947. In the 1950s, he traveled to Moscow, where he trained at the Stalin Automobile Works and later worked for Changchun’s First Automobile Works.

Jiang Zemin went into politics by joining the Communist Party of China (CPC) while in College. After his training, he went into government services and rose through the ranks to become a member of the Central Committee of the Communist Party. In 1983, he was the Minister of Electronic Industries.

Zemin was elected the Mayor of Shanghai in 1985 and rose to become the Communist’s Party Secretary of Shanghai. However, his term as a mayor came with mixed feelings as some critics called him “flower pot” literally meaning “someone who seems to be useful but does nothing.” Being multilingual, speaking English, Romanian, and Russian, he was known for receiving and engaging foreign visitors.

In 1987, he became a member of the Politburo of the CPC Central Committee by default since the Party Secretary of Shanghai automatically had a seat in the Politburo. The Chinese central government came under pressure during the Tiananmen Square protest in 1989, and with this, some heads began to roll. The then General Secretary of CPC, Zhao Ziyang, was considered too soft in handling the issues and was sacked by the paramount leader Deng Xiaoping.

Zemin was then seen as a favorable replacer and was therefore elected by the Party leaders as the new General Secretary in 1989. He was chosen above candidates like Chen Yun, Li Peng, Li Ruihuan and Li Xiannian. Zemin would quickly consolidate enough power as within three years the paramount leader, Deng Xiaoping gave him most power over the party, state, and military.

Even though he was occupying one of the topmost position in China, he had very little power in the party. This is because he was seen as a transitional figure put in place for successive government to Deng is installed. However, Zemin was able to make allies with powerful party elders including Li Xiannian and Chen Yun and gained the favor of Deng. Zemin believed that the only way the Communist Party could strengthen its rule over China was through modernization and economic reforms, a position that Deng supported. Zemin also became the Chairman of the Central Military Commission in 1989.

In March 1993, Jiang Zemin was elected as the President of the People Republic of China. He took over a country with unbridled corruption, a wide gap between the poor and the wealthy due to Deng’s policy that "some areas can get rich before others" and a high crime rate in the cities. Most state-owned companies have also been closed leading to a high rate of unemployment and high rate in rural-urban migration. As a president, Jiang aimed at achieving economic stability postponed political reforms and sought for a government with centralized power. In his bid to consolidate more power, he launched some reforms in the state-owned media to "core of leadership" under himself.

He also dealt ruthlessly with his political opponents. Jiang Zemin also continued with Deng’s reforms by increasing the funds to develop the Special Economic Zones and the coastal regions. He had a positive relationship with foreign governments. He visited the United States in 1997, having a meeting with then-President Bill Clinton.

Jiang Zemin retirement from politics was gradual. He first resigned from the Politburo Standing Committee and General Secretary of the CPC in 2003. This was to pave way for the fourth generational leadership led by Hun Jintao. Hu Jintao then became the new General Secretary of the Communist Party of China. In 2004, Jiang Zemin also stepped down as the chair of the party’s Central Military Committee, which was his last post in the CPC. He later also resigned as the chair of Central Military Commission of the state. This apparently ended his reign in China as Hu Jintao became his successor.

Jiang Zemin and Wang Yeping married in 1949. They have two children Jiang Mianheng and Jiang Miankang.