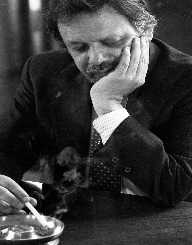 A. Bartlett Giamatti was born on April 4th, in 1938. He was a famous American professor and the president of Yale University. He used to write baseball related information that quickly caught the attention of many. As a result, he was appointed to serve as the Major League Baseball’s Commissioner. Sadly, he passed away after five months of his appointment to this post.

Angelo Bartlett Giamatti was born on April 4th, 1938 in Boston, Massachusetts. He was the son of Valentine John Giamatti and Mary Claybaugh Walton. His father worked at the Mount Holyoke College. Here, he was the head of Italian language department. Giamatti enrolled with South Hadley High School for his early education. Later, he joined Overseas School of Rome for about a year. In 1956, he graduated from the Phillips Academy.

In 1964, A. Bartlett Giamatti obtained his doctorate in Comparative Literature. This was from Yale University. It did not take time before he taught one of the Yale University’s constituent colleges called Ezra Stiles College. Shortly after, he went to work at Princeton for a short period before later returning to Yale.

As a teacher, most of his works were based on English Renaissance literature. He had placed special interest in Edmund Spenser’s work. Giamatti won the hearts of many of his students, and they honored him with a gift when he left the Ezra Stiles College in 1972.

After that, he was appointed as the Yale University’s president in 1978. This is a post he held for eight years. Taking over as the president made him the youngest individual to achieve such in the university’s history.

Apart from being a scholar, A. Bartlett Giamatti had a special interest in baseball. During his appointment to serve as the president of Yale University, the rumor was that he only had interest in being the president of the American League. His interest in baseball was evident through the numerous publications that he often published. Two of these were titled "Tom Seaver's Farewell" and "Baseball and the American Character." They were published in 1977 and 1986 respectively. Following his publications, he was appointed to serve as the Baseball National League’s president in 1986. Three years later, he rose to the ranks of a commissioner.

A. Bartlett Giamatti wedded Toni Marilyn Smith in 1960. Smith was a teacher teaching the Hopkins School situated in Haven. The couple was blessed with three children in their relationship.

Angelo Bartlett Giamatti died on September 1st, 1989. He was aged 51 when he died. He had suffered a heart attack that led to his death.