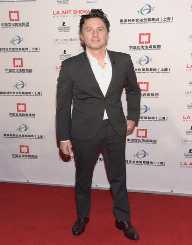 In 2005, Zach Braff garnered a Grammy Award, all thanks to his acting and multi-talented nature. In short, he is an all in one person; you can find him directing, screenwriting, filming as well as taking a combination role. He is famously known for his role in a series called ‘The Scrubs.'

On 6, April 1975, Zachary Israel Braff was born in New Jersey, South Orange, the United States to Anne Brodzinsky and Harold Irwin Braff. He has a middle brother, Joshua, and author and elder brother, Adam. Since his childhood days, Zach wished to act and be a filmmaker someday.

At the age of ten, Braff was diagnosed with an obsessive-compulsive disorder. Braff started his acting career while still studying at the Stagedoor Manor and later received an acting award. Zachary went to Northwestern University and graduated in 1997.

At the age of fourteen, Zach Braff appeared in a TV pilot show called High. Unfortunately, the show didn’t pass on the waves. After three years of hard work, he landed a film position in the Manhattan Murder Mystery in 1993. The film became so popular that he also took another film role in My Life as a Girl TV movie. He opted to take a break and went to study at the Northwestern University of Chicago. He graduated with a bachelor degree.

Before then, Zach had already directed and written several films. He later made his first movie ‘Wish I was here’ that was funded through Kickstarter. Luckily he managed to raise a total of @2 million in three days’ time. He wrote the film and Adam his brother starred and directed together in the motion picture.

From 2005 to 2007 Zach Braff has received more than ten recognitions. Some of them include; Golden Globe for US, Primetime Emmy Award, COFCA and CFCA Award, Empire Award in the UK, Gold Derby Award, MTV, Humanitas prize and much more.

In 2008, Zach Braff dated Taylor Bagley, model but they parted ways in 2014. During the presidential election in 2014 Braff provided ample support for Barack Obama. Among other leading works, Braff once appeared as Romeo in the production of Shakespeare’s Roman and Juliet at a public Theatre.

In 2009, the public rumor spread all over the internet about his death. This made him post a YouTube video to prove to his fans that he is still well and alive. Before fame, Zach Braff had a restaurant that was positioned at the Mermaid Oyster Bar in New York. In 2008 Braff received his pilot license for a Cirrus SR20.