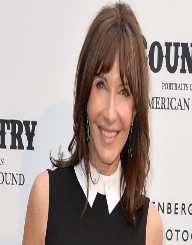 Mary Steenburgen is a Southerner native who plays a vital role when it comes to television and film industry. In other words, she ruled the 20th-century, all thanks to her outstanding roles in films like Melvin and Howard. Within a short time, she had already pocketed an Academy Award. An American actor, Jack Nicholson decorated her fame when she made her star in a film called Goin’ South. Before fame, Steenburgen served as a waitress. Let’s see more about her early and lifetime achievements.

Mary Steenburgen is an ever-charming lady with about 5’ 8” height and a dark brown curly hair. Her ageless beauty is visible even to the unknown, but her personality is clearer like crystal. In short, she was born with a tremendous drive and out of world determination. She was born a leader. At times she might tend to insist on her own time just to come up with a concise conclusion. Mary loves freedom and most of all; she demands action. Once she is into something, she has to complete it no matter the obstacle. She is one of a committed kind. Besides, she loves to take care of her loved ones regarding being a provider and protector. Attention and respect are her order of the day.When it comes to her personal life, Mary likes to promote herself to an undefined level of self-satisfaction. That urge that makes someone to wake up early in the morning is what fuels her growth and success. Her face radiates sureness that allows her to seek more frontlines.

On February 8, 1953, Mary Steenburgen was born in Newport, Arkansas, United States. She got interested in the film industry which made her move to New York at 19 years of age. She aimed to become a young actress. It was here that she opted to join New York Neighborhood Playhouse to up her acting skills. After six years, her talent was spotted by Jack Nicholson. Afterward, she started to appear in small role including a Western sitcom in 1978.She followed it up with up with Melvin and Howard film in 1980.

Instead of aiming higher, Mary selected a more advanced role and different lifestyle. She accepted unique and reserved cameos. This gave her a chance to appear in films like Back to the Future, What’s Eating Gilbert Grape, and Nixon among others. In 2003 she collaborated with Will Farrell where she starred in Elf as well as Step Brothers in 2008.

From 2008 to 2015 Mary played vital roles in different films. Some of the major ones include The Proposal, Did You Hear about the Morgans? , The Help and Walking in the Woods. Steenburgen’s recent recognition includes her effort in television series: Justified and Orange is the New Black followed by The Book of Love.

Mary loves literature and arts to the core. While still in high school Steenburgen played a vital role in her drama classes. After the completion of her studies, she went back to her former school where she served as a drama teacher. In the mid of 2006, Mary garnered an Honorary Doctor of Humane Letters degree in Literature. In 1980 Mary married Lily McDowell. The couple was blessed with two children: Charlie McDowell and Lily McDowell. The couple parted ways in 1990 and Steenburgen tied the knot with Ted Danson, an author and American actor in 1995. Mary Steenburgen is also an activist at heart. She partnered with her husband, Danson to preserve the oceans with the help of organization Oceana. The group creates more awareness in overfishing field.