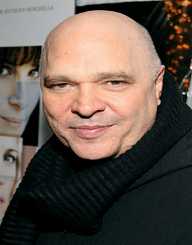 Anthony Minghella was a British playwright, screenwriter, and Director. Born on January 6, 1954, his work The English Patient, 1996, won him an Academy Award for Best Director. He went on to receive three other Academy nominations for Best Adapted Screenplay for The English Patient (1996) and The Talented Mr. Ripley (1999). His work The Reader, 2008 also earned him a posthumous Best Picture nomination at the Academy Awards. He served as the chairman of the board of governors at the British Film Institute from 2002 to 2007.

Anthony Minghella was born on January 6, 1954, on the Isle of Wight, England to Edoardo Minghella (an Italian immigrant) and Gloria Alberta (née Arcari). He had four siblings including sister Loretta Minghella, Dominic Minghella, and Edana. The family were into making and selling of Italian-style ice cream and ran a café in Ryde until the 1980s.

He received education at St. Mary’s Catholic Primary School in Ryde and later at Sandown Grammar School before attending St John’s College, Portsmouth. Growing up Minghella developed an interest in music and played Keyboard for a local band Earthlight and later for Dancer. In 1972, Dancer recorded the album Tales of the Riverbank but was not released until 2001. Minghella enrolled at the University of Hull, where he studied Drama.

After graduating, Anthony Minghella taught at the University of Hull and tried to pursue a Ph.D., which he later abandoned. He went on to work for the BBC. In the 1980s he served as scriptwriter the children’s drama series Grange Hill for the BBC. He also wrote Jim Henson’s The Storyteller. He wrote some episodes of the detective drama Inspector Morse and wrote Made in Bangkok in 1986.

He wrote the radio drama Cigarettes and Chocolate, which was the first broadcast on BBC Radio 4 and won the Giles Cooper Award. His last screenplay work was the film adaptation of the musical Nine in 1982.

Anthony Minghella's first work was the stage adaptation of Gabriel Josipovici’s Mobius the Stripper in 1975. His debut directorial work was A Little Like Drowning, 1978. He, however, came to lime limelight with Whale Music in 1985. He followed it with the feature drama, Truly, Madly, and Deeply and The English Patient, 1996. The latter earned him two Academy Award nominations, Best Director and Adapted Screenplay of which he won for Best Director.

He directed The Talented Mr. Ripley, 1999, Play, 2000, Cold Mountain, 2003, Breaking and Entering, 2006, and The No. 1 Ladies' Detective Agency, 2008, which he also co-wrote. Minghella made an operatic directorial debut with Giacomo Puccini’s Madama Butterfly. He was the executive producer for works like Heaven, The Quiet America, Breaking and Entering, Michael Clayton, New York I Love You, and The No. 1 Ladies’ Detective Agency.

Anthony Minghella married twice first to Yvonne Miller with whom he had a daughter Hannah. The marriage ended in divorce.  He then married Hong-Kong born dancer and choreographer, Carolyn Jane Choa in 1985. The couple has a son actor Max Minghella. He died on March 18, 2008, of haemorrhage in Charing Cross Hospital, Hammersmith. This was after a week of undergoing surgery to remove the cancer of the tonsils and neck.