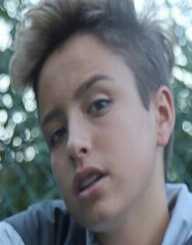 Day in day out the world is stunned with mind-blowing talents especially through social media, as that platform has become a better place for marketing now. That is what Tyler Brown Jr. has done by taking on social media to display his talent. Tyler Brown Jr is an up and coming American social media star whose gives his all through captivating videos uploads on his social media account.  Your time on YouTube can never be boring if you take a click on his channel where you would be intrigued with cool and funky music videos.

Tyler Brown Jr infuses the act of fan in most of his videos, and that has gained him lots of followers on his social media accounts. His presence on YouTube has gained him more than 143,000 subscribers and 1.1 million followers on Instagram. He is also making it big on Musical.ly and Twitter.

Many are taking advantage of social media to display their talent, and the young talented Tyler Brown Jr did same and has currently become a social media sensation. Tyler Brown Jr took the first move by jumping on the YouTube by creating an account in 2013 and followed it with a Musical.ly account and then Instagram. Tyler Brown Jr then started posting videos on YouTube and bombarding Instagram with photos as well as videos. Tyler Brown Jr has his own style of dancing in his videos, which is an attraction on its own. His posting gained the attention of many, hence, had a surge in followers. Aside the huge followers on YouTube, Instagram, and Twitter, that of Musical.ly is mind-blowing.

He has over 2 million fans and lots of musicals and hears on his itztylerbrown Musical.ly account. With just about four videos on YouTube, Tyler Brown Jr has over one million views and 143,000 subscribers. His videos there includes, Strangers Does My Make UP!?, I’m Back on YouTube and tour bus. Chillin bro. In 2016, Tyler Brown Jr was part of the TLG Tour. It is also on record that he and his friend Brandon was put behind bars for illegally interacting with a fan earlier that year. Aside from his popularity on social media, Tyler Brown Jr is also academically inclined with an average GPA of 3.9.

Tyler Brown Jr. was born on February 2, 2002, in Northridge, California in the United States of America to Samantha and Tyler Brown. Tyler Brown Jr has two other siblings Christopher and Brody. Not much information is not available in his family, school life and even is he is in a relationship now. Nonetheless, on the issue of dating, he made an Instagram post referring to @nikkivalenzuela as amazing and queen. This sparked some rumors with some people of the view that the two may be dating. There is no proof to these claims anyway.