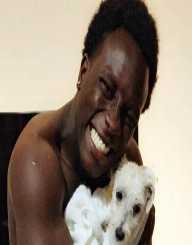 Jerry Purpdrank is one of the youth making the best out of social media. The American-born rising star is making a name out of his Vine post. Born on November 9, 1993, he is best known as a vine content creator, a rapper, and actor. On Vine, Jerry Purpdrank posts interesting rib cracking videos, skits, and set pieces.

Jerry Purpdrank delves into topical issues, matters concerning the youth, social issues and many others as he finds important. Aside from discussing topics, he is also a fine artist so uses the opportunity on social media to comment about the music industry as well as musical and fashion trends. The multi-talented young chap gradually making his way into stand-up comedy and has been mimicking popular celebrities. Aside from his strong presence on Vine, he also has huge followers on Instagram with about 3.2 followers currently and also on YouTube and Twitter.

Not everyone is lucky on social media to have lots of fans and followers who appreciate their works. While others struggle to make a mark despite their long presence on social media platforms, others become an instant hit with just their first post.

Jerry Purpdrank is one of the lucky dudes who hit the internet running from the first post. His first video on social media was posted in 2013 and that was the beginning of his social media stardom. His videos are based on social issues, trendy stories and also discusses some aspects of his daily life. He infuses comic, his acting and music talent into his videos which makes it very attractive.

Jerry Purpdrank has also collaborated with some famous viners like Piques, Curtis Lepore, Kang Bach and Alx James in most of his videos. One of his famous videos is‘Kids with the 64 pack of crayons ran elementary school’which he did in collaboration with Brittany Furlan. Jerry Purpdrank frequent posts and interaction with follows has kept his accounts been flooded with new followers each day.

Unlike other celebrities who are secretive with their life issues, Jerry, effortless shares his daily life stories with his fans. Jerry Purpdrank currently has over 3.2 followers and counting on Instagram and visible on other platforms like Twitter and YouTube. He is still pursuing the best and leaving no stone unturned in his social media stardom.

Aside from being active on social media, Jerry Purpdrank is into acting and music. He is also making a name in standup comedy as he mimics celebrities and has done that on several occasions with Lil Wayne. He displays his musical talent on Vine and has collaborated with some famous viners in some musical stuff.

Jerry Purpdrank was born on November 9, 1993, in Randolph, Massachusetts. His childhood life, education, family and childhood interest are not in the public domain. He has a distinctive way of dressing which is very attractive. With sports, he is a fan of basketball and currently abandoned his support of Boston to Los Angeles. The 24-year-old Jerry is currently single.