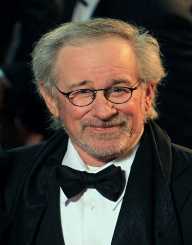 Steven Spielberg is a highly placed director, filmmaker as well as producer. He is known for most of his biggest Hollywood blockbusters of the early 21st century as well as the late 20th century. He was known for being one of the biggest names in Hollywood. He also made waves as one of the most influential directors in the history of movie making. He has contributed immensely to the making of different movies of different themes as well as genre ranging from science fiction to adventure and historical features.

Steven Spielberg is known to be very versatile and always ready to work steadily for the success of any of his project. He has been nominated for different notable awards and had thechance of having a lot of achievements. His films are always known to set standards of what it takes to be a blockbuster movie.

Steven Spielberg was born on the 18th of December, 1946 in Cincinnati, Ohio. He was born into the family of a restaurateur and concert pianist and an electrical engineer. He grew up as an Orthodox Jew attending Hebrew School. He experienced a lot of prejudice and bullied as a result of his family’s religious practice. His directing skills was manifested in childhood when he directed a short film. Steven Spielberg was also given a badge of photography for creating a 9-minute film The Last Gunfight. He also won a prize for his film Escape to Nowhere at age 13. His first film was written and directed by him independently in 1963 and Firelight came into being. He attended California State University Long Beach but dropped out later to pursue his entertainment career.

Steven Spielberg is known to be one of the greatest filmmakers ever in the history of Hollywood. His first film was the 26 minute Amblin which was produced in 1968 while working as an intern in Universal Studios. In 1969, he got hired for his professional television job. He was meant to direct a segment of the Night Gallery. He later signed a contract with Universal to direct four of their films after impressing the studio with his full-length assignment. He later directed his first major successful movie Jaws in 1975. This movie grosses more than $470 million worldwide and this pushed him into the mainstream of directing.

Steven Spielberg later wrote and directed a movie in 1977, Close Encounters of the Third Kind in 1977 and this earned him his first Academy Award Nomination for Best Director. He later got a contract to direct a movie for Indiana Jones films in 1981. He directed Raiders of the Lost Arc, and this film starred Harrison Ford. Soon in 1982, he directed the highest grossing film of all time at that time The Extraterrestrial. He was so successful that he became the setting standard for other movies producers and makers to copied. He later worked and released three more movies in adventure and science fiction series after releasing Jurassic Park in 1993.

He is not known to be directing adventure films only. Steven Spielberg has also directed other drama which earned big at the box office. Films like Saving Private Ryan and Wars of the Worlds earned more than $591 million worldwide while the former was regarded as the biggest film in North American and second worldwide.

Steven Spielberg married Amy Irving in 1985 but got separated in 1989 after having a kid. Later, he married his present wife, Kate Capshaw whom he met on set. The duo got married in 1991 and had five children of which two are adopted. He later continued his college degree at age 35. He earned his bachelor’s of Arts in Film Production and Electronic Arts from California State University Long Beach.