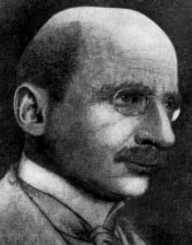 Fritz Haber was born on December 9, 1868, in Wroc?aw, Prussian Silesia into a wealthy Jewish family. His mother and father, Siegfried and Paula were first cousins. His father was a merchant in the town and founded a business selling dye pigments, paints and pharmaceuticals. His mother suffered difficult childbirth and died just three weeks after Fritz was born. Fritz was raised by his relatives until he was six and his father remarried to Hedwig Hamburger. He had three half-sisters, with whom he was in a good relationship.

Fritz Haber attended the Johanneum School and later went on to study at the St. Elizabeth classical school. After passing his exams in 1886, Haber received his father’s permission to study chemistry. He enrolled at the Friedrich Wilhelm University in Berlin. After his first semester at the university, Haber felt disappointed and transferred to the University of Heidelberg, where he studied under Robert Bunsen.

He had to take a leave from studies in 1889, to serve a year in the Sixth Field Artillery Regiment. After his return, Fritz Haber was assigned to work on his thesis on reactions with piperonal. In 1891, Haber received a doctorate from Friedrich Wilhelm University and returned to Breslau.

After university, Fritz Haber began working at his father’s chemical business, but the two did not get along well. His father used his connections to get Fritz practical apprenticeships in different companies. He worked in several chemical companies and realized that he needs to learn more about the technical processes.

Fritz Haber then spent a semester at the Polytechnic College in Zürich where he studied under Georg Lunge. After this, Haber was seeking for an academic position and became an independent assistant to Ludwig Knorr at the University of Jena. He then transferred to University of Karlsruhe and became Assistant in 1894.

In Karlsruhe, Fritz Haber was encouraged by his college Hans Bunte to examine the thermal decomposition of hydrocarbons. He established that the thermal stability of the carbon-carbon bond is higher than the carbon-hydrogen bond in aromatic compounds and smaller in aliphatic compounds. This work became his habilitation thesis, and Haber was appointed a Privatdozent in Bunte’s institute. Besides his work on the combustion of gases, Haber continued to learn about advantages in the dye technology.

In 1897, Fritz Haber began working with Hans Luggin to learn about the developments in electrochemistry. In 1898, he published the book Outline of technical electrochemistry based on theoretical foundations. Haber also took part in the developing of textile printing processes. He also worked on the theoretical basis for glass electrode and the measurement of electrolytic potentials.

His book Thermodynamics of technical gas-reactions: seven lectures, published in 1908 is considered to be the model of accuracy and critical insight in the field of thermodynamics. In 1906, Haber was offered a professorship in physical chemistry at Karlsruhe, and he took the position.

Fritz Haber worked at the University of Karlsruhe from 1894 until 1911. This was the time when he and his assistant Rossignol invented the Haber-Bosch process of catalytic formation of ammonia from hydrogen and nitrogen in high temperature and pressure. Haber teamed up with Carl Bosch and scaled up the process to produce commercial quantities of ammonia, making the Haber-Bosch process the milestone of industrial chemistry. For this discovery, Haber was awarded the 1918 Nobel Prize in Chemistry.

During the World War I, Fritz Haber had a significant role in developing non-ballistic chemical warfare. He became the head of the Chemistry Section of the Ministry of War. He helped both in developing deadly gases for the use of trench warfare and developing gas masks with adsorbent filters to protect from such attacks. Haber also came up with the Haber’s rule- exposure to a low concentration of poisonous gas for a long time has the same effect as exposure to a high concentration for a short time. Haber was decorated for his services and even given the rank of captain.

Until 1923, Fritz Haber continued to be involved in the development of chemical weapons. During this time he also searched for a method to extract gold from sea water but concluded that it was uneconomical. In 1931, Haber began to be increasingly concerned about the National Socialism in Germany and was attacked by several newspapers. In 1933, he resigned from his position as a professor and director of the Kaiser Wilhelm Institute. He was urged to leave Germany.

In 1889, Fritz Haber met Clara Immerwahr while he was still serving in the military. The two married in 1901 and had a son Hermann together. Clara was the first woman to earn a Ph.D. from the University of Breslau and was a passionate women’s rights activist. In 1915, following an argument with her father, Clara committed suicide by shooting herself.

Haber’s second wife was Charlotte Nathan, who he married in 1917. They had two children, Eva-Charlotte and Ludwig-Fritz. The couple divorced in 1927, and Charlotte later moved to England with her kids. Ludwig Fritz became a British economist and wrote a history book on chemical warfare in World War I. Haber’s oldest son lived in France until 1941, but when the German army invaded France, he and his family escaped to the United States.

Fritz Haber left Germany in 1933 and lived in France, Spain, and Switzerland. At the time, he had poor health and suffered a heart attack. He was offered the director’s position at Sieff Research Institute in Rehovot, Palestine, which he accepted. However, his poor health declined severely, and Haber died on January 29, 1934.