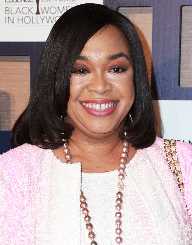 Shonda Rhimes attended Dartmouth College for her post-secondary education. She later attended the University of Southern California in the School of Cinematic Arts. While there, she was at the top of her class. She also won the Gary Rosenberg Writing Fellowship award from the university’s Film School.

After finishing school, Shonda Rhimes dove headfirst into the world of writing screenplays. Some of her first screenplays were written and sold but were never made. Her first screenplay that was made into a film was Crossroads, which starred Britney Spears. In 2004, she wrote her next screenplay: The Princess Diaries 2: Royal Engagement.

Aside from writing for hit television shows, Shonda Rhimes also works tirelessly to produce shows as well. She is one of the main producers for her shows Grey’s Anatomy (and the TV movies), Scandal, and Private Practice. She has also produced other TV shows and movies, which are listed below.

How to Get Away with Murder

Shonda Rhimes many television shows have won her over a dozen awards, and have had her nomination for over a dozen more. Some of her most prestigious awards are listed below.

The Following Awards are for her work with her most popular show, Grey’s Anatomy.

Gold Derby TV Award for Drama Episode of the Year (2005)

Outstanding Writing in a Dramatic Series for Episodes “It’s the End of the World,” “A Change is Gonna Come,” and “Freedom part 1 and 2” (2005)

When Shonda Rhimes wasn’t working on her many television shows, she was working towards writing her book. In 2015, she published the memoir/self-help book Year of Yes: How to Dance It Out, Stand in the Sun, and Be Your Own Person. The book was received with wonderful reviews from her fans and even from critics.