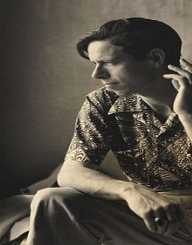 Alan Watts was an English philosopher who was best known for his interpretations of Eastern religions and philosophies and his presentation of them to Western audiences.

Alan Watts was born in Chislehurst, Kent in England on 6 January 1915. His parents were Laurence Watts and Emily née Buchanan. His father worked for the Michelin Tyre Company. Watts’ maternal grandfather had been a missionary, and it is suspected that this piqued his interest in faith and spirituality early in his life. As a child, he was also interested and the myths and art of China and Japan. Watts was sent to Christian boarding schools during his youth, and these pushed him away from traditional British and Christian outlooks on life and faith. As a youth Watts often holidayed in France and it was there, he first encountered Buddhism. He became fascinated by the subject and began reading fervently about the faith. He became a member of London’s Buddhist Lodge and gained the position of lodge secretary by the time he was sixteen. Watts completed his education at The King’s School in Canterbury. Despite good grades his application essay for Oxford University was poorly received and Watts instead spent his time after school at the Buddhist Lodge reading philosophy and history texts.

Watts began to become more and more interested in the Zen branch of Buddhism which developed in China. In 1936, Watts published his first book, The Spirit of Zen, on the subject. The book drew from a talk Watts had heard from D.T Suzuki at the University of London the same year. Watts would later criticize his work as an unscholarly recreation of Suzuki’s work. Watts moved to America in 1938. In New York, though he moved away from formal Zen training. He instead moved to an Anglican seminary and became an Episcopalian priest. He wrote theses on the blending of Christian beliefs and history with Asian philosophy and outlooks. Watts abandoned his Christian ministry after five years in 1950. The following year he moved to California.

Watts worked in the American Academy of Asian Studies which was located in San Francisco. In the 1950sWatts began hosting a weekly radio show in Berkley and gathered a legion of fans. Even when Watts left the station in 1962, his seminars would still be broadcast. He began working freelance at some Universities in America including Harvard University and San Jose State University. Watts also began to experiment with psychoactive drugs such as mescaline, marijuana, and LSD. He viewed them as tools for accessing a different plane of thought and was less interested in their recreational use. Watts was deeply interested in mankind creating beauty and was involved in some isolated communities that focussed on organic gardening and aesthetic architecture. These views led to Watts became outspoken on environmental issues in his later years.

Watts met his first wife, Eleanor Everett, at the Buddhist Lodge in London in 1936. They married in 1938 and together they had two daughters, Anne and Joan. The marriage was annulled in 1949 due to an extramarital affair between Watts and another woman; this also played a part in him ending his Christian ministry. In 1950 he married his second wife, Dorothy DeWitt. Together they had five children, Tia, Mark, Richard, Lila, and Diane. Watts and DeWitt divorced in 1964. Watts then married Mary Jane Yates King. Watts was also romantically involved with poet and author Jean Burden, and she was the inspiration behind his book, Nature, Man, and Woman. Watts died in his sleep 16 November 1973, at the time he had been drinking heavily and was undergoing treatment for a heart condition.