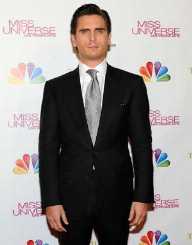 Scott Disick was born in Eastport, New York on the 26 May 1983 to Jeffrey and Bonnie Disick.

Scott Disick is a businessman, model and reality TV star. He manages a business creating various beauty and healthcare products. He also owns a restaurant in New York City in the Meatpacking District.

Scott is known for his participation in the reality TV shows Keeping Up with the Kardashians, and Kourtney and Khloe Take Miami.

Scott Disick became known for his involvement with Kourtney Kardashian and his appearances in the TV reality shows Keeping Up with the Kardashians and Kourtney and Khloe Take Miami.

Scott Disick’s displays of anger on the reality TV shows prompted Kris Jenner to compare him to O.J. Simpson. Disick has talked publicly about anger management and seeking treatment. Another controversial issue was when Michael Girgenti, filed a paternity lawsuit claiming that he was the father of Kourtney’s son Mason. A paternity test soon showed that Disick was, in fact, Mason's biological father.