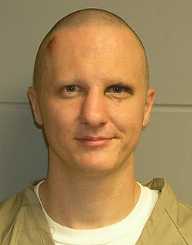 Jared Lee Loughner was born in Arizona on September 10, 1988. His parents are Randy and Amy Loughner. He grew up in a low-income family with his father being a retired petroleum oil tanker driver. His mother was an employee of the City Parks Department. His father was a strict disciplinarian, often punishing his son of small mistakes.

He went to school at Mountain View High School in Arizona. He left high school in 2006 and never graduated. In school, he played in the school band as a saxophonist. His behavior changed after his breakup with his girlfriend. Loughner started drinking alcohol and substance abuse. He took up the smoking of marijuana, cocaine and psychedelic mushrooms. He acquired several odd jobs but never settled in any of them. He became withdrawn and often volatile to his friends.

In 2007 and 2008 he was arrested for being in possession of contraband drug paraphernalia and the drawing of banned symbols in the streets. He volunteered for a rehabilitation program in 2009. After completion of the program, the charges were dropped. He tried enlisting in the army but failed a drug test.

Loughner returned to college through a community program. The program helped the high school students who dropped out and were willing to continue with education. He joined the Pima Community College. He joined an advanced class in mid-2010. His classmates reported his weird character and indiscipline to the teachers. He disrupted the library sessions and was suspended. His parents were informed that upon his return, he must have a valid mental evaluation certificate. Loughner never returned to the college.

At home, his parents tried to help by persuading him to seek help. He refused to visit the doctor for the mental evaluation test. They withdrew his shotgun and disabled his car to contain him at home during the night. He resorted to another obsession. Loughner turned to politics.

Loughner often portrayed himself as an independent in the US politics. His friend s had differing views of him. Some profiled him as a right-wing, while others placed him to the leftist brand of politics. One thing they all agreed was he detested the government authorities. He approved of the terrorist attacks by Al Qaeda. He held strong views of a new world order which the balance of power had to be tilted from the Americans and its allies. Loughner also subscribed to the theory that the terrorist attack was a conspiracy by America to wage war against Islam and the Taliban government.

He rejected answering questions concerning his religious faith in all official documents after his weird transformation. When accosted with such questions, he retorted that he did not believe in God. He openly disliked women after his breakup with his girlfriend. He stated that women were not fit for leadership or any public responsibility that put them in authority over men. He had a particular dislike for the local district Congress representative Gabby Giffords.

On January 8, 2011, he drove from his home with a loaded pistol and rounds of ammunition. He stopped after the police pulled him over for jumping a red light. The police warned him as he had a clean previous record. He proceeded to the venue where the local congressperson Gabby Giffords was holding a meeting.

Upon arrival, he opened fire at the podium hitting Giffords on the head. Several bystanders, Tucson District Presiding Judge, and the office staff of the politicians were killed and injured. Despite being shot in the head, Giffords survived after paramedics administered fast aid and took her to hospital. In total, he killed six people and seriously injuring 13 people.

The crowd swiftly apprehended him and headed him to the police. During the trial, Loughner faced 50 charges including killing and attempting to kill US federal employees and trying to assassinate a US Congressperson. The court ordered the Loughner to be subjected to a mental evaluation test in May 2012. As part of the evaluation, the court judge gave permission to the prison doctors to forcefully administer anti-psychotic medication to help him stand trial.

In August 2012, the court admitted the mental evaluation report that Loughner was fit to stand trial.   In a bid to evade the death penalty, Loughner pleaded to 19 charges of murder. In the plea agreement, both lawyers agreed that the death penalty would not be sought.

On November 8, 2012, the court convicted him of the charges and sentenced him to 140 years in prison. He also got a concurrent sentence of seven consecutive life sentences. Loughner forfeited some legal rights by pleading guilty. He relinquished the right to appeal, and any future plea of insanity.

As a result of his conviction, he must pay the court-ordered restitution. The court ordered him to pay USD 19 million as restitution to the survivors and USD 1 million to each family of the victims. All the royalties earned from his story would be attached as part of the court verdict.

He is confined at the Federal Medical Center in Rochester, Minnesota. The facility holds prisoners with mental health issues.