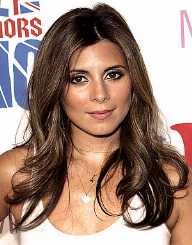 Jamie-Lynn Sigler was born on May 15th, in 1981. She is a celebrated American singer and an actress. Sigler earned her fame after playing the role of Meadow Soprano in the hit series dubbed The Sopranos.

Jamie-Lynn Sigler was born on May 15th, in 1981. Her place of birth was in Jericho, New York. Steve Sigler, her father, is recognized as the creator of the Men’s Senior Baseball League. Her mother is called Connie Sigler.

At the age of seven, Sigler’s acting talent was out in the limelight. After attending Hebrew School, she later joined Jericho High School. After that, she went to the Cultural Arts Playhouse situated in Old Bethpage.

In 1997, Jamie-Lynn Sigler landed on a role as Meadow Soprano, the daughter of Tony Soprano. The show began airing in 1999 and garnered a huge fan base. Sigler continued to reprise her role in other seasons of the show until it came to an end in 2007.

Lyme disease paralyzed Sigler in 2000. At the time, she was filming the show dubbed Campfire Stories. The following year, she got better and featured in Cinderella. After that, she tried her luck on Broadway where she starred in Beauty and the Beast.

Jamie-Lynn Sigler landed on another role in 2004 with the show Call Me: The Rise and Fall of Heidi Fleiss. During the same year, Sigler made her debut film role as a lead actor with the film Extreme Dating. Love Wrecked followed up in 2005.

In 2008, Sigler featured in the 5th and the 6th season of Entourage. The following year, she played a role in the film called Beneath the Dark. Again, she made an appearance in the show Ugly Betty.

Jamie-Lynn Sigler tied the knot to Abraxas DiScala in 2003. The two had initially met when Sigler was still 19 years old. Following their marriage, Sigler adopted the name Jamie-Lynn DiScala. However, in 2005 the two went separate ways. Sigler again changed her name to her maiden name.

Sigler has dated other celebrities including Mark Sanchez, a football player. She dated Cutter Dykstra and had a child together. They exchanged vows in January 2013. They had a second born child in 2018.