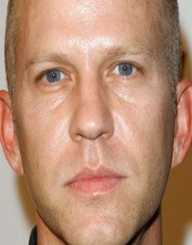 American writer and producer Ryan Murphy was born on the 30 November 1965 in Indianapolis, Indiana into an Irish Catholic family.

Ryan Murphy was working as a journalist in the 1990s when he sold his first script to Steven Spielberg. The script was Why Can’t I Be Audrey Hepburn?

Glee has initially been a concept Ian Brennan came up with using his experience in a show choir at high school. The script was then rewritten as a television show with Murphy and Falchuk and successfully submitted to FOX. Murphy and Falchuk were the executive producers and directors of Glee with Brennan as the co-executive producer. The trio wrote all the episodes of Glee.

Ryan Murphy has received numerous nominations and awards including a 2018 Primetime Emmy for Outstanding Directing for a Limited Series, Movie or a Dramatic Special for American Crime Story (2016) and 2010 Primetime Emmy Outstanding Directing for a Comedy Series for Glee (2009). He also won a 2017 BAFTA Award for Best International series for American Crime Story (2016) which he shared with Brad Simpson and Nina Jacobson.

Ryan Murphy's production company was sued by Olivia de Hallivand who claimed that the portrayal of her in Feud: Season 1 (2017) Episode Bette and Jean was inaccurate.

Ryan Murphy married to David Miller on the 4 July  2012, and the couple has two children: Logan (b.1012) and Ford (b.2014). Murphy is active on social media and has 706K followers on Twitter. His youtube channel is MrRPMurphyExclusive and has been active since 2012.