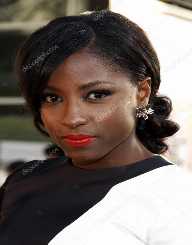 Rutina Wesley was born on February 1st, in 1979. She is a renowned American actress particularly for the role she played in True Blood. In this TV series, she played the role of Tara Thornton.

Rutina Wesley was born on February 1st, in 1979. Her birthplace was in Las Vegas, Nevada. She is the daughter of Ivery Wheeler and Cassandra Wesley. Her father works as a tap dancer whereas her mother worked as a showgirl.

Young Rutina Wesley undertook her early education at the Las Vegas Academy. At some point, she also took dancing lessons at Simba Studios. Later, she enrolled with the University of Evansville situated in Indiana. In 2001, she graduated with a Bachelor of Fine Arts. After this, she went ahead and joined with the Julliard School. She graduated from the institution in 2005.

Rutina Wesley made her on-screen debut in 2007. During this time, she featured in the film called How She Move. The following year, she also starred on TV with her role in Numb3rs. Before this, she had also featured on Broadway in the play dubbed The Vertical Hour.

It did not take time before Rutina Wesley garnered immense fame in her acting career. In 2008, she landed on a recurring role in the hit TV series called True Blood. She was to play the lead role of Tara Thornton. She continued featuring on the HBO TV series until 2014.

Rutina Wesley tied the knot with Jacob Fishel in 2005. Fishel was her classmate back in Julliard. He is also an actor. This relationship did not last long as the tow divorced in late 2013. Four years later, Rutina announced that she was getting engaged to Shonda. Shonda works as a female Chef.