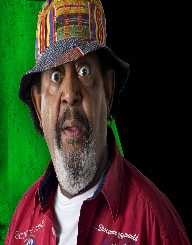 Ruben Rada popularly known as El Negro Rada is a famous composer, blues singer, and percussionist. He created ‘Candombe’ a unique style by integrating different musical instruments and genres like Rock & Mexican music. He has composed over 30 albums which are considered as Uruguayan classics.

Ruben Rada was born on 17 Jul 1943 in the Palermo district of Montevideo, Uruguay. He had a great love for music from childhood. His favorite singers were Ray Charles and the Beatles. He initially worked making song covers and imitations of his favorite artists on a radio show. He was exposed to a wide range of music and quickly learned music this way.

Ruben Rada got his first break by accident. In 1956 he was travelling on a public bus when he met some jazz musicians (Fattoruso brothers). They were impressed by his talent and invited him to join their band the Hot Flowers. He remained in the band till 1963.

In 1964 Ruben Rada formed the band ‘El Kino Conjunto’ with Eduardo Mateo. It was the first band to create the beat genre in Spanish. They also made innovative use of fusing Latin American elements with Rock and other genres. This new genre of music came to be known as ‘Candombe.’

Ruben Rada relocated to Argentina and recorded his first solo album ‘las Manzanas’ (The Apples). It was a Candombe song and achieved great success. He was invited to participate in the Rio de Janeiro’s Festival of popular music in 1965. In 1966 he joined the band ‘Totem’ and recorded two albums. They became one of the famous bands in Uruguay.

In 1977 Fattoruso brothers invited Ruben Rada to the US. They wanted his assistance in recording their album ‘Magic Time.’ Rada then created some of his best works with the new band OPA. In the next few years, he tried forming a lasting band but was unsuccessful. From 1980 to 1991 he produced an average of an album a year with bands like La Banda, Otros Shakers & La Rada.

In 1994 Ruben Rada shared the spotlight with ‘Sting and ‘UB40’ at Mexico City’s ‘Palacio de Deportes.’ In 2002 he started his record label ‘Zapatito Discos.’ His more recent album was in 2011 called ‘Confidence Rada Instrumental.’

Ruben Rada appeared in a film in 1986, a comedy called Soy Paciente. In 2004 he worked in the Argentinean version of ‘The Incredibles.’ He voiced Firozone (Lucius). He directed the TV show ‘El Telefono’ and ‘Rada.’ Since 2007 he also stars in a Sitcom called ‘La Oreja Negra’ (The Black Sheep).

The album ‘Montevideo’ and Montevideo 2 recorded in 1966 & 1999 reached Platinum status in Uruguay. He also became internationally known when the album released in France, Sweden, The US, Japan, Argentina, and Germany.

The album Quien Va a Cantar (Who will sing) released in 2000 reached the triple platinum status in Uruguay and gold status in Argentina.
Ruben Rada won the Gardel awards for his albums Alege Caballero (2003), Rubenra (2004) and Richie Silver (2006). The Gardel awards are the Argentinean equivalent of the American Grammy Awards.

Ruben Rada was bestowed the Prestigious Lifetime Achievement Award in 2011 from the Latin Recording Company. His songs are played worldwide and have been recorded by international music celebrities. He was invited by Jon Anderson and Joan Manuel Serra to feature in their albums Deseo (Desire) and Utopia respectively.

Ruben Rada is married to Patricia Jodara. They have three children Lucila, Matias, and Juliet. He continues to work on various musical projects.