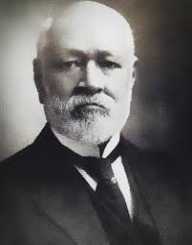 Pinckney Benton Stewart Pinchback first saw the world on May 10th, 1837. He is the first African American to pioneer the governorship seat in the United States of America but only for one year in Louisiana. Stewart was the son of a former slave and also fought in the civil war. Due to intimidation and discrimination by the white men, Pinckney found himself losing his senatorial seat. The December 21st of 1921 saw his death after retiring to quiet family life.

The birth of Pinckney Pinchback came on 10th of May 1837 in Macon, Georgia as a freeman. He was the son of a white farmer William Pinchback and the former master to his mother, Eliza Stewart. William freed Eliza and her children one year before the birth of his son.

Sometime after the birth of Pinckney, his father bought a more massive plantation along the Mississippi River and moved the whole of his family there. Pinckney and his family got excellent treatment from their father; they lived a rich life beyond the expectations of many black men at the time.

Somewhere in the year 1846, William sent Pinckney and his older brother a private school in Cincinnati, Ohio. They, however, never finished school because only two years into the program, William died. His mother fearing the thought of being drawn in back to slavery fled with her children to Cincinnati, which was a free state in Ohio.

The family of Eliza started having financial problems despite her elder son’s effort to keep the family going. Pinckney had to drop out of school to help support the family at 12 years of age. He took up work as a cabin boy and later moved to the position of a steward.


Life in the Military

At the beginning of the war, Pinckney Pinchback left home and joined the war in New Orleans in 1862. The Union Army had just taken over New Orleans. While in the army he took up the role of recruiting blacks for the Union Army’s 1st Louisiana Native Guards Regiment.

He was amongst the first colored men to receive a commission as an officer and rose to the rank of a captain during his time in the army. Later on, Stewart got the promotion to company commander of the 2nd Louisiana Native Guards Infantry. He did not like the prejudice that his fellow white officers were depicting towards him. Also, he was passed over for promotion twice. Therefore, for this reason, he decided to resign his commission in 1863.

When the Union Army managed to win the war, Pinckney Pinchback moved with his wife to Alabama. He wanted to see if the Emancipation Proclamation was in effect. To his shock, the white men were not willing to part with their slaves. They had decided to bar the blacks, and colored men from voting and a lot of violence erupted from that. He went back to his home in New Orleans.

In addition, Pinckney Pinchback decided to take up his father's last name after the war and joined politics. He formed The Fourth Ward Republican Club in New Orleans on the passing of the Reconstruction Act by the Congress. In the same year, he vied and got voted to the constitutional convention.

The year of 1871 saw the death of one Lieutenant Governor Oscar Dunn. Since Henry C. Warmoth was still undergoing an impeachment, Pinckney Pinchback was the only option they had to step into the governor's office since he was the President of the Senate. He served as the Governor for 36 days starting from 9th of December 1872 to January 13th, 1873. He managed to sanction ten legislative bills in a short time in office making him the first person of color to hold the governor's office in the USA.

Pinckney Pinchback met Emily Hawthorne and got married to her in 1860 when he was 23 years old. She was a woman of color like her husband. Their marriage was blessed with four children, Napoleon, Pinckney, Bismarck, Nina, and Walter. Pinchback also lived with his mother in law Eliza Stewart from 1864 till her death in 1867.

Pickney provided a good life for his family. He would sometime take them to Saratoga Springs in New York for summertime holidays. While in New York Pickney would gamble on horse racing. He also had a beautiful house in New Orleans.

The sad news of the end of Pinckney Pinchback came on 21st December 1921 while staying in Washington D.C. He was by then 84 years old and a grandfather to Jean Toomer. He was laid to rest in New Orleans entombed at the Metairie Cemetery.