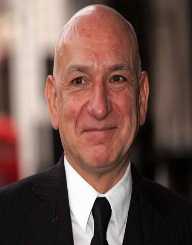 Actor Ben Kingsley was born Krishna Bhanj on the 31 December 1943 in Scarborough, Yorkshire in England. His mother Anna Lyna Goodman was an English actress and model,  and his father, Rahimtulla Bhanji, a medical doctor from Kenya of Gujarati Indian descent.

Ben Kingsley was a pupil at Manchester Grammar School and then enrolled at De La Salle College, Salford. During his college years, he became interested in acting.

Early in his career, Ben Kingsley worked with the manager of The Beatles, Brian Epstein. He wrote the music, sang and played the guitar in a show, A Smashing Day. He was advised to make a career in music, but he chose acting instead. In 1967, he joined the Royal Shakespeare Company. In the 1960s, he adapted the stage name of Ben Kingsley and was initially a stage actor before turning to television. Between 1966 and 1967, he was in British television series Coronation Street, playing the role of Ron Jenkin.

In 1971 he appeared on Broadway for the first time with the Royal Shakespeare Company.  He then appeared in the film Fear is the Key (1972) and on television in The Love School (1975) and  Dickens of London (1976).

He is currently married to Brazilian Daniela Lavender whom he wed in 2007. Previously he was married to Angela Morant, Alison Sutcliffe, and Alexandra Christmann. He has four children. The Daily Telegraph reported in July 2018 that Kingsley said that his upbringing was loveless and that his mother, a former actress, was jealous of his success.