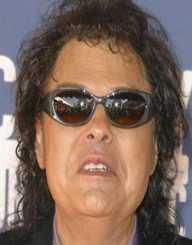 Ronnie Milsap was born on January 16th, in 1943. He is a celebrated country music singer and a talented pianist. During the 1970s and 1980s, Milsap was one of the most popular country music singers. While in the best time of his singing career, he impressed his audience with hits such as "It Was Almost Like a Song," "I Wouldn't Have Missed It for the World," "Stranger in My House" and "Any Day Now."

Ronnie Lee Milsap was born on January 16th, in 1943. His birthplace was in Robbinsville, North Carolina. Right from the time he was born, congenital disorder affected him and left him nearly blind. His mother also left him while he was still a toddler and therefore, he had to be raised by his grandparents.

When Ronnie Milsap clocked five, he joined the Governor Morehead School where other blind children also studied. While taking his classes here, he began paying a special interest in musical instruments such as the guitar, violin, and the piano. Later, he joined the Young-Harris Junior College. Milsap majored in political science. Upon his graduation, he earned himself a scholarship to study at Emory University. However, he did not take up the opportunity as he preferred to concentrate on music.

In 1964, Milsap managed to release his debut single called “Total Disaster.” In 1955, he moved to Memphis and established his band. In 1970, he released “Loving You is a Natural Thing,” but it did not perform well.

In late 1972, Ronnie Milsap again relocated to Nashville where he crossed paths with Charley Pride, a renowned country music singer. This marked the turning point of his career after Pride encouraged Milsap to change his course of music and try out country music style. Pride also introduced him to his manager who helped him perfect his songs.

In 1973, he signed a contract with the RCA Records. During the same year, he released his debut single with the group called “I Hate You.” This marked the beginning of his country music singing career. The song performed well as it was ranked 10th on the charts. Moments later, in 1975, he topped the charts with the release of “Daydreams About Night Things.”

With Ronnie Milsap's songs hitting the headlines, he became an overnight sensation in the music industry. For about two years beginning in 1976, he was the talk of the town. He released about seven songs which managed to top that charts in a row. Among these songs was the single “It Was Almost Like a Song.”

To this day, Milsap has earned immense recognition as he has released about forty country songs that have topped the country charts. Some of these hits have won him six Grammy Awards among other reputable awards.

Ronnie Milsap tied the knot to Joyce Reeves in 1965. The couple was blessed with one child.