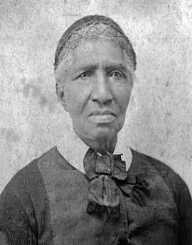 Clara Brown is one of the most amazing women in American History. She was born in the year 1800 in America as a slave. However, later in life, she became a philanthropist, a successful businesswoman, and a community leader. During this period she also gave a helping hand to the other slaves by resettling most of them. She made her backbone during the gold rush by starting a laundry business. She flourished in the laundry business. Later left it to go and look for her daughter ( Eliza Jane) who was also a slave. Her untimely passing came in the year 1885.

Clara was one of the unfortunate people that were born into slavery. She was born in the year 1800 in Virginia. Ambrose Smith bought young Clara and her mum at an auction that saw the family separating. Ambrose the put Clara to start working the cotton fields at a very tender age. However, the Smiths decided to make a move to Kentucky. Therefore, Clara and her mother did not have the choice but to go along with their master.

The age of 18 years saw the marriage between Clara and Richard. The union saw to the birth of four children. The children were Richard, Paulina Ann, Eliza, and Margaret. Their family knew grief early when their sister Paulina passed away.
Moreover, the death of Ambrose Smith also brought more grief.  Soon after Ambrose's death, the family members put them up for auction. This led to the separation of the family with Richard and her children being sold off. However, this chapter in her life did not put her down. She gave most of her life in search of her family members.

Clara was also bought off at an auction by one George Brown. The slaver realized that he had hit a goldmine by seeing how bright Clara was. So, in his will, George made sure that he freed Clara. Therefore, at his passing Clara attained her freedom at the age of 56 years.  However, since Kentucky was a slave state, she was required to vacate the country.

The Move to Colorado

Upon her arrival in Colorado, Clara got a job as a housemaid to make ends meet. She was a cook and cleaner for the Leavenworth family for some time. However, later she got another job as a cook for a caravan of 26 or so men. The travel to Colorado was not an easy one to Clara. The men were loud and often complained about her presence in their midst.

The Stay at Denver and Central City

They finally got to Denver. There Clara got another job and worked in a bakery. She also took her time to participate in the formation of Union Sunday School. Thereby, Clara became one of the founding members. Later, she set up a new laundry business in Gilpin County.
Furthermore, Clara doubled her role in the community as a midwife and a nursemaid. During this period she had growth in her income. Therefore, Clara made a move to expand her laundry business. Also, she made the smart move of partnering up. This move saw to the rise in her fortunes. Thereby, she was able to accumulate a lot of wealth and property all over Colorado.

After accumulating such massive wealth, Clara gave back to the community generously. She gave her house to the church of the first Methodist Church. There the church would hold their meetings and services. Also, she would provide for the needy in any way that she could. What made her generosity not to know bounds was that her help was across the races.  She gave support to all without judgment of their color. The people even gave her the endearing name of ‘Aunty Clara.’

Clara’s Search for Her Family

Just after the end of the civil war, Clara decided to go out and look for her family. So, she made her way South. She had heard of the news that her daughter Eliza Jane was down there. Some of her other family members like Margaret had passed on. Although, she could not be able to find any news of her husband Richard and son. So, since she could not see her daughter, she took up the role of helping the other slaves.

She provided ways for the slave to settle down in Colorado. Clara then moved to Kansas to help free slaves. They had decided to settle down there for farming the land. The year 1880’s Clara got the news of her daughter living down in Iowa. She got to reunite with her. By then her daughter also had a family. Eliza had a daughter too. It took almost over 50 years to get back together with her family members.

The somber news of Clara’s death came in the year 1885. This was shortly after the reunion with her long lost daughter Eliza. Just before she passed on, Clara got named as a member of the Society of Colorado Pioneers. This was due to the role she played during the Colorado Gold Rush. She remains one of the few kinds-hearted women in American history. This is because her efforts touched the lives of many helpless people across the races.

Clara Brown Back to the Future