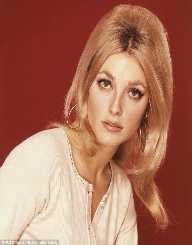 Hailed as one of Hollywood’s most talented and gifted newcomer in the early 1960s, American actress and model Sharon Marie Tate was born on January 24, 1943, in Dallas, Texas, United States of America. She was the eldest of the three daughters of Colonel Paul James Tate and Doris Gwendolyn. As a serving officer of the United States Army, Sharon’s father got transferred frequently. As a result, Sharon had to move to different cities along with her family during her growing years.

By the age of 16, Sharon Tate had lived in six cities and attended several schools along the way. She studied at the Chief Joseph Junior High School (presently Chief Joseph Middle School) between September 1955 to June 1958, Columbia High school in Richland, Washington from September 1958 to October 1959 (Now known as Richland High School). She attended Irvin High School in El Paso, Texas from late 1959 to April 1960, and the Vicenza American High School in Vicenza, Italy from April 1960 to June 1961. She completed her graduation from the latter school in 1961.

Due to the frequent change in her residence and school, Sharon Tate could not maintain any friendship and grew up as a shy and aloof girl, who lacked self-confidence. However, during her teens, she was noticed for her beauty. She had won the "Miss Tiny Tot of Dallas Pageant" at the age of six months and was dissuaded from pursuing any show business after that by her parents.  Gradually, as she approached the age of 16, she started to participate in different beauty pageants and won the title of "Miss Richland" in Washington in 1959. However, before she could compete in the "Miss Washington" pageant of 1960, her father was transferred to Italy.

After relocating to Verona, Italy, Sharon was admitted at the nearby school of Vicenza, where she found similar other American students with similar backgrounds as that of her own. For the first time in her early life, she bonded well with her fellow American students and established a rapport with them to form a lasting friendship. She also learned to cope up with her new found local celebrity status as her photograph in a swimsuit was published on the cover of the military newspaper ‘Stars and Stripes.’

While still studying in Vicenza High School of Italy, Sharon Tate, along with her friends appeared as an extra in the film ‘Adventures of a Young Man’ written by Ernest Hemingway, directed by Martin Ritt and produced by the 20th Century Fox production house. The main cast of the film included the likes of Richard Beymer, Paul Newman, and Susan Strasberg. Beymer spotted Sharon among the crowd and introduced himself to her. They dated each other during the making of the film. Beymer persuaded her to pursue a film acting career. Sharon made her television debut in 1960 appearing in an episode of the television series ‘The Pat Boone Chevy Showroom’ along with singer Pat Boone. In the same year, she was again hired as an extra in the film ‘Barabbas.’

Sharon finally returned to the United States along with her family in 1962. She straightaway moved to Los Angeles to further her nascent film career. She came in contact with Harold Gefsky, who was working as the agent of Richard Beymer. Gefsky helped her in securing work in television and magazine advertisements. She landed a recurring but small role in the American TV series ‘The Beverly Hillbillies’ and another small role in the TV show ‘Mister Ed.’ She was all along working with Filmways Inc. director Martin Ransohoff, and he was skeptical about her ability to successfully master large roles.

After working in two of Ransohoff produced films viz., ‘Americanization of Emily’ (1964) and ‘The Sandpiper’ (1965) in minor roles, Sharon got her first big break in yet another Ransohoff produced film ‘The Eye of the Devil.’ The film was a crime/horror movie directed by J Lee Thompson and was released in 1966. David Niven, Deborah Kerr, Donald Pleasence, and David Hemmings were the other famous actors cast in the movie.

After the success of ‘The Eye of the Devil,’ Sharon found another significant role in the film ‘Valley of the Dolls,' directed by Mark Robson and released in 1967. The film was an adaptation of a 1966 novel of the same name. The film was a commercial success and Sharon was nominated for a Golden Globe Award for her exciting performance as the Most Promising New Comer.

In 1967, Sharon Tate was cast by the legendary director Roman Polanski in his film ‘The Fearless Vampire Killers.’ Though initially impatient with the acting of Sharon owing mainly due to his perfectionist nature, Polanski later started appreciating her performance. Polanski himself appeared in the movie as an innocent young man who was one of the main characters in the movie. Her next film was ‘The Wrecking Crew,’ an American comedy, which was directed by Phil Carlson. The film could not generate much revenue and had mostly negative reviews.

The last film of her short career is the 1969 comedy, ‘The Thirteen Chairs,’ where she played the lead role. The film was released after her untimely and tragic murder.

Sharon Tate met French actor Philippe Forquet during the initial period of struggle in her acting career. They got engaged after dating each other briefly but broke up before marrying due to their frequent internal quarreling. In 1964, she had a marriage proposal from Jay Sebring, a leading Hollywood hairstylist, and a former sailor. She declined the offer citing her priority of focusing on her acting career.

She then met Roman Polanski during the making of ‘The Fearless Vampire Killers.’ Their relationship progressed with the progress of the shooting of the film. She moved to Polanski’s London apartment after the completion of the shooting. They tied the nuptial knot in January 1968.

On August 8, 1969, she was murdered by some murderous followers of their cult leader Charles Manson. She was eight and half months pregnant at the time of her murder. The murderers were later captured, prosecuted and sentenced to death. Their death penalty was later commuted to life imprisonment after the abolishment of death penalty in America.