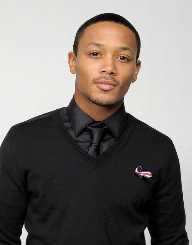 Percy Romeo Miller, Jr. was born on August 19, 1989, in New Orleans, United States. His father is rapper and entrepreneur Master P, and his mother is former rapper Sonya C. His uncles are rappers C-Murder &Silkk the Shocker. Miller has a sister Cymphonique Miller, who is a singer and actress and a brother Valentino Miller. H expressed his interest in rap music at an early age, and when he was five years old, Miller wrote his first rap.

In 2001, Miller released his first album Lil’, Romeo. The single “My Baby” became a major hit and topped the R&B/Hip-hop singles chart. The album was a major success and peaked at No.6 on Billboard 200 list. In 2002, the album was certified Gold for reaching sales of 500 000 copies. Also in 2002, Miller began working on his second album Game Time. His second album was not as successful, however still peaked at No.33 on the Billboard 200 list. Despite not being as successful on the charts, the album sold close to 3 million copies in the United States. Miller released his last album as Lil’ Romeo in 2004, titled Romeoland.

In 2005 Romeo Miller and his father co-founded the record label Guttar Music Entertainment. He, his brother and three cousins formed the rap group Rich Boys and released their debut album Young Ballers: The Hood Been Good to Us. After the release of the album, the group disbanded. Miller changed his official stage name to Romeo and released his album Lottery in 2006. The same year, he also released the album God’s Gift which was a soundtrack for his father’s movie of the same name. The following year, Miller and his father started the record label Take A Stand Records. They formed the band Miller Boys and released their debut album Hip Hop History in September 2007.

In 2008, Miller released the single “Get Low With It” for his new album Gumbo Station. However, the single did not gain success. The following year, he released a compilation album Get Low LP, which contained songs from his previous albums and ones that were meant to be on Gumbo Station. The same year he founded his record label The Next Generation Entertainment. In 2010, he began working on his fourth studio album. To promote the album, he released the singles “Tell Me A Million Times” and “Ice Cream Man Jr.,” and the mixtape Patience Is A Virtue.

Miller released his album No Limit Forever in 2010. The following year he and his father embarked on the No Limit Forever International tour. He released his next EP Don’t Push Me at the beginning of 2011. He began working on his new album and released the single “Hug Me Forever” in 2012. During this time he was also working on mixtapes Inception and When In Rome.

In 2015, Miller collaborated with his father, Ace B, Eastwood, Gansta and several other artists for a mixtape. The collaboration track “Power” also featured Lil Wayne. In 2016, he released the mixtape Fighting Monsters.

Romeo Miller first appeared on the big screen in 2001, when he starred in the film Max Keeble’s Big Move. His next movie project came in 2003, in the film Honey, starring alongside Jessica Alba, Mekhi Phifer, and Zachary Isaiah Williams. Miller and Williams also starred together in the 2006 film God’s Gift. In 2010, he appeared in Ned’s Declassified School Survival Guide and the CBS series The Defenders. The same year he also launched his clothing line College Boyys.

In 2006, Miller was invited to the premier basketball camp ABCD Camp in Teaneck, New Jersey. There, he was playing together with future NBA players Derrick Rose, Levin Love and O.J. Mayo. He was averaging 2 points per game. In 2007, he made a verbal commitment to the University of Southern California for a basketball scholarship.