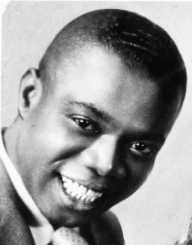 Louis Armstrong was not only famous for his colorful and charismatic personality but also as one of the most talented American singer and jazz trumpeter. With his powerful, gravelly voice, improvisation skills and a career that spanned five decades from the 1920s all the way to the 1960s, Louis Armstrong was indeed one of the most influential figures in jazz music. He was also a composer and occasional actor who was renowned for his charismatic stage presence.

Louis Armstrong was born on 4th August 1901 in New Orleans, the USA to Mr. William Armstrong, a factory worker, and his wife, Mary “Maryann” Albert. He was the grandson of slaves and was born in an impoverished family. He was the first-born in the family of two.

When Louis Armstrong was still young, his father abandoned his mother for another woman. Left with her two children and in extreme poverty, her mother left him and his sister Beatrice Armstrong with their grandmother and turned to prostitution to be able to support her children. At the age of five, Louis went back to stay with his mother and was enrolled in Fisk School for Boys.

To help his mother raise the much-needed income, Louis Armstrong started singing in the streets at night for money. He also sold newspapers and delivered coal, but his meager income still was not enough to enable his mother quit prostitution. Eventually, he dropped out of school at the age of eleven and officially joined a group of boys who sang for money along the streets.

Louis Armstrong later worked for a Jewish family who not only treated him as a family member but also encouraged his musical talent. During the New Year celebration in 1912, he was arrested for firing his step-father’s gun in the air. After his arrest, Armstrong was sent to the Colored Waif’s Home for Boys. He received musical instructions and became a talented cornet player while at home. By the time he was released in 1914, he was a professional musician.

Louis Armstrong became a serious musician and started playing with various bands. His first Dancehall job was at Henry Ponce’s where he met Black Benny who became his guide and protector. He also listened to older musician’s work and learned a lot about them. Some of the old musicians whose music he listened to include Kid Ory, Buddy Petit and Joe “King” Oliver who also became his father figure and mentor. He became one of the most popular jazz musicians in New Orleans.

In 1919, his mentor Joe Oliver resigned from his position in Kid Ory’s band and moved to Chicago. Armstrong immediately replaced him. Following an invitation by Joe Oliver, he finally moved to Chicago in 1922. Because Chicago was then a thriving city, it offered much scope for musicians and other entertainers. In Chicago, he joined his mentor’s band and made more income and lived luxuriously. He soon became more famous and successful.

In 1924, Louis Armstrong left his mentor and moved to New York where he joined Fletcher Henderson’s Orchestra becoming even more successful. Due to the high depression of the late 1920s, his career was significantly affected as several clubs were shut down. As a result, he left for Los Angeles in 1930 where he played at the New Cotton Club for about one year before returning to Chicago in late 1931. He spent most of his years on the roads during the 1930s giving concerts in France, Denmark, among other countries.

Louis Armstrong also ventured into films and appeared in several movies with Hollywood stars. He made several world tours during the mid-1950s and performed in Europe, Asia, and Africa, under the US state department sponsorship, becoming even more popular globally.

In 1972, The Academy of Recording Arts and Sciences posthumously awarded Louis Armstrong the Grammy Lifetime Achievement Award. He was also nominated, in 1999, for inclusion the American Film Institute’s 100 years……100 stars.

Louis Armstrong married Daisy Parker, a former prostitute, in 1918 but the couple soon divorced. During this time, he adopted a young boy named Clarence. In 1924, he married his second wife Lil Hardin who greatly helped him shape his career. However, they started having disagreements in the late 1920s and later divorced.

Louis Armstrong later married Alpha Smith with whom he lived for four years before heading for yet another divorce.

Louis Armstrong finally married Lucille Wilson, a singer, who became his wife until his death in 1971. He never had children from any of these marriages. However, in 2012, a woman named Sharon Preston claimed that he was her biological father from an affair with Lucille Preston, a dancer, in the 1950s. This was proved through his 1950s personal letters which confirmed that he even paid for her upbringing.

During the late 1960s, Louis Armstrong started suffering from heart and kidney related problems. He, however, still occasionally continued performing, sometimes even against the doctor, advice. His health kept declining, and on 6th July 1971, he died while sleeping at his home in Queens.