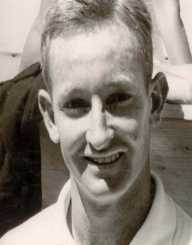 Rodney George Laver was born on August 9, 1938, in Queensland, Australia. His father Roy was a cattleman and butcher. Laver had three other siblings.

Laver married Mary Benson in 1966 in California. She was a divorce with three children, and she and Laver had a son.

Rod Laver started playing tennis from an early age. While in school, he decided to pursue a professional tennis career and left studies. His coach in Queensland was Charlie Hollis, but later he was coached by the Davis Cup team captain Harry Hopman. Laver’s first big victory came in 1957 when he became Australian and United States Junior champion. Just two years later he made his breakthrough on the world tennis stage when he reached three finals in Wimbledon and won the mixed doubles title. In 1960, he won his first major singles title in the Australian Championships.

In 1962, Laver made another career achievement, when he won all four Grand Slam singles titles, becoming the first player to do so since 1938. Besides the Grand Slam titles, that year he also won 18 additional titles.

Laver’s beginning of professional career was marked by the winning of Davis Cup together with the Australian team. Over the course of next seven years, Laver won the U.S. Pro Tennis Championships a total of five times. At this time, his biggest rivalries were players Ken Rosewall and Lew Hoad. By the end of 1963, Lever was No.2 behind Rosewall in the world ranks. He finally reached the No.1 title in 1965, after winning 17 titles and 13 of 18 matches against Rosewall.

Over the next years, Laver continued to win major titles. In 1966, he won 16 events, and the following year, he won 19 titles. By winning the Wimbledon Pro, US Pro Championships, Wembley Pro Championship ad French Pro Championship, Laver gained the professional Grand Slam title.

1968 was marked by the beginning of the Open Era, where professional players were allowed to compete in Grand Slam events. Laver became the first Wimbledon’s champion. After winning the US Professional Championships and French Pro Championship, Laver was ranked universally as No. 1. In 1969, Laver once again won all four Grand Slam tournaments. Laver won titles on grass and clay, as well as hard court and indoor tournaments in Philadelphia and Wembley. He became the first player to be awarded more than $100 000 in a year.

During the 1970s, Laver began to slip down the ranks in the major tournaments. From 1970 until 1972, he only played in five Grand Slam tournaments. In 1970, Laver won 15 titles and five other major events.

In 1971, Rod Laver won the record tournament prize money of $292, 717. At the beginning of 1972, Laver cut back on his schedule due to knee injuries. However, he still managed to win five titles. In 1973, he won seven titles and went on to participate in the Davis Cup semifinals. In 1975, Laver won four titles and 23 consecutive matches, setting a record for WTC Tournaments.

In 1998, Rod Laver suffered a stroke but made a complete recovery. In his honor, the center court at Melbourne Park was named Rod Laver Arena in 2000. Lever presented the Norman Brookes Challenge Cup to Roger Federer in 2006, Rafael Nadal in 2009 and Novak Djokovic in 2012. In 2016, Laver was appointed the Companion of the Order of Australia.