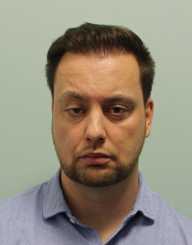 The life experience of Louis Vuitton began with his birth on the 4th day of August in the year 1821. He was born in the French town of Anchay, located in Jura along the eastern axis of the country to a father named Xavier and a mother, named Corinne. His father worked as a farmer while the mother was a milliner.

Louis lost his mother when he was still a teenager, and this led to the father remarrying. He was reputed to have had a tough time getting along with his new stepmother. With his eyes set on making a name for himself, he was ready to ditch home.

Louis’ discovery of the pathway to success was to begin when he left home at just 13 years of age, and he had to survive on menial jobs. He had to continue on the road for the next two years till he ended up in Paris. The lure of the Parisian industrial revolution was swift for him, and he made up his mind to boost his professional pathway.

Apart from working as a joiner, carpenter, and farmer along the way, Louis Vuitton ended up finally in the artisanal enclave of a boxmaker after his two-year journey. Working as an apprentice enabled him to hone his skills and tweak his inherent creativity. This did not take a long while before he garnered acclaim as a fashionable box maker. This set him apart from the league of everyday box makers in the capital of France.

By 1854, Louis set up his label; and Louis Vuitton became one of the most iconic brands that France has ever known. His surge within a few years to limelight is such that many attribute to his immense creativity and devotion to quality.

By the year 1858, the design of his trunk was one that took on gray canvas with all its lure of lightness and durability. Customers were quick to notice that Vuitton boxes were also water–resistant and resistant as well to odors. One of the hallmarks of the boxes was the dome-shape he decided to use. This new rectangular design was easy to stack, and evidently, shoppers found it to be a delight.

The need for shipping gradually set as customers who were far and flung around the country. Transporting the boxes became the order of the day. The ease of packing these boxes soon became another boon that shippers loved.

As demand for Louis Vuitton boxes grew and caught on like wildfire, he expanded his workshop in 1859. This expansion made him move to the village of Asnieres, which was situated outside the French capital.

The primary driver of business in box making for Louis was the expanding orders he recorded. These were progressing geometrically across France and overseas. He was patronized by the French royalty and in no time, the Egyptian nobles were to follow suit.

Louis Vuitton is mostly cited as an iconic fashion house today across the globe. He operates across 50 countries on earth with as much as 460 stores in diverse nations. The slat trunk is a Louis Vuitton invention, and he introduced this in the year 1858. This trunk was covered in plain Trianon grey canvas, and it has reinforcements of beech slats.

Dubbed the first piece of the acclaimed modern luggage, LV bags have such premier recognition. The design patented by this creative genius is what is replicated in several forms in today’s world.

Louis Vuitton is undoubtedly the pioneer of luxury bags and his company has continued to hold the flag and reputation in any fashion audience on earth.

The “LV’ trademark associated with the company was developed after the death of Louis by his son, George.  The trademark became the first designer label that the world ever knew and from then, other fashion labels have come up with theirs. The need for the LV monogram has also been ascribed to the massive copying of the designs and styles by other copycats across the globe.

The LV Empire includes production of perfumes, designer clothing, distilled spirits as well as travel books. These lines were introduced after Louis, the pioneer died in the year 1892.

By the year 1867, Louis Vuitton was already submerged in the consciousness of luxury goods lovers across the known world. He was awarded a medal made of bronze at the World Trade Fair that was hosted in Paris, the France capital. This first took place in 1867 and a subsequent gold medal was given to him in the 1889 World Trade Fair.

The company is also attributed for the tumbler lock patent which was awarded in 1890.And this is still very much in use in the 21st century.

Louis Vuitton is known to have married in 1854 to Clemence-Emilie Parriaux, who was then 17 years old. He successfully raised a family with her with the family heir becoming George Vuitton.

Louis Vuitton passed away in the year 1892 on February the 27th.