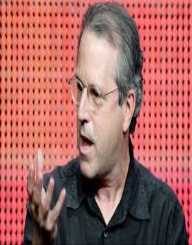 Rene Balcer is a television writer, director, producer, and showrunner.

Rene Balcer was born on February 9, 1954, in Montreal, Quebec, Canada. He is a Canadian national.

As a student, Rene Balcer attended a seminar with Jean-Luc Godard and worked as a personal assistant of John Huston during the shooting of the movie Angela. Rene started his career as a journalist, took pictures of Yom Kippur War. He then took up the assignments of reporter, editor and movie reviewer. He produced a film at the National Film Board of Canada.

In 1980, Rene shifted to Los Angeles. In 1989, he scripted the debut television project, Out on the Edge for Steve Tisch. He was the executive director of many television series, such as Law and Order, Law and Order: Criminal Intent, Star Trek: The Next Generation.

He authored three television movies. His TV movie, Out on the Edge achieved the American Psychological Association Award of Excellence. He continued his work on TV showrunner.

In 2012, Rene Balcer made a series entitled Jo, a cop drama in Paris featuring Jean Reno, Jill Hennessy, Tom Austen, and Orla Brady. In 2013, Rene produced the series, The Ordained. He continued the show running activities through 2007 to 2013.

In 2006, Rene Balcer gave many of his collections to the Virginia Museum of Fine Arts. In 2010, Rene sponsored writing of index of works of Chinese during the Cultural Revolution. He and his wife Carolyn organized an exhibition Blooming in the Shadows: Unofficial Chinese Art 1974-1985 at New York.

In 2011, Rene’s company, Mattawin published a book of photographs by Ai Weiwei and another exhibition in 2014, Museum of Chinese in America.

He has written essays to many journals. He has given seminars in colleges in the US, Canada, Tokyo and Brisbane about writing, art and duties of artists in free societies.

Rene has participated in the production of some films