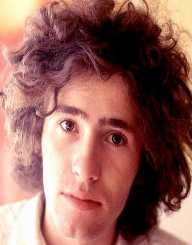 Tim Buckley was born on February 14th, in 1947. He earned his fame for being a singer, songwriter, and a guitarist. Throughout his music career, he tried on different genres of music. At first, he began playing folk music. Later, this changed as he experimented with other genres such as funk, jazz, soul and psychedelia. Unfortunately, Buckley did not thrive when he was alive. However, his music was later appreciated by later generations.

Timothy Charles Buckley III alias Tim Buckley was born on February 14th, in 1947. His birthplace was in Washington D.C. He was the son of Timothy Charles Buckley Jr. and Elaine. At the age of 13 years, Buckley began teaching himself a banjo. During this period, his caregivers had already started introducing him to different types of music. His grandmother, for example, introduced Buckley to notable musicians such as Billie Holiday and Bessie Smith. On the other hand, his mother introduced him to music from Judy Garland and Frank Sinatra.

At some point, Tim Buckley took on stage to perform with a number of bands. It did not take time before he developed a particular interest for the California folk type of music. During the early 1960s, he mainly played with bands such as The Harlequin 3 and The Bohemians. Around this period, Buckley’s style of music caught the attention of one of the executives from Elektra label. This earned him a recording contract.

Soon, Buckley released his first album titled Tim Buckley in 1966. Most of the folk songs that were in this album had been written at the time when Buckley was still in high school. A year later, his second album titled Goodbye and Hello was released. He did not waste time as he released his third, Happy Sad in 1969. Buckley’s third album was later regarded as one of the best albums in his music career.

Tim Buckley went ahead and signed another recording contract with Straight. Around this period, his style of music had changed as he was trying out different genres of music. The album titled Blue Afternoon was released in 1969 after he had signed up with Straight. Songs within this album were somewhat different as they incorporated jazz style of music within them. The following year, Buckley released Lorca.

In October 1965, Tim Buckley tied the knot with Guibert. However, this marriage did not last long as the two went separate ways in 1966. In 1970, Buckley married Judy as his second wife.

Tim Buckley passed away on July 29th, in 1975. His cause of death was that he overdosed on heroin which led to his early demise when he was only 28 years old.