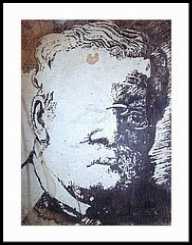 Ricardo Palma was a writer since he was a teenager. He was only fifteen years old when he published his first work. He started to work for a satire paper around this same time, which was called El Diablo. While a teenager studied as a Jesuit school. Jesuit schools are known for taking in talented students, which Palma proved to be. When he was twenty years old, he left school and joined the Peruvian navy. Not much is known about his time in the navy.

Ricardo Palma is most famous for his writing career, but his political misadventures, so to say, also had a big impact on his life. As a young man, he was very liberal, as were his political ideologies. He disliked the politicians, Ramon Castilla, who was the president of Puro for three terms. Palma had a plot against Castilla, but it failed. Being caught, Ricardo Palma was exiled to Chile. He stayed there until 1862, before returning to Peru.

Ricardo Palma continued to write while he was in the navy, focusing on poetry instead of satire. However, he did not publish anything until he was out of the navy. His first book of poems was published in 1855.

For much of his early career, Ricardo Palma wrote satirical works, as he did as a teenager. He wrote for a variety of satirical magazines and papers, including La Campana and El Burro.

He began to publish historical books in 1963 when he published Anales De La Inquisición De Lima: Estudio Histórico, which was a portion of the history of the Spanish Inquisition. This book gave Palma both a decent amount of money and exposure. His historical book expanded his audience of readers greatly, making him even more popular than he already was.

Late in writing career, he began writing what would later be known as Tradiciones peruanas. These were a serial sort of stories and other publications that centered on the topic of historic events, dating back hundreds of years before Ricardo Palma was born. Yet, all of these stories had a central theme of colonialism. Ricardo Palma wove stories from this line of history. This later prompted other authors to do the same sort of thing.

Many of the books that Ricardo Palma wrote were in his Tradiciones, which he wrote for decades, spanning from the 1870’s through the 1910’s. Some of the other books Palma wrote (not in the Tradiciones) are listed below.

Ricardo Palma married Cristina Roman Olivier. Together, the couple had many children. Two of their children, Clemente and Angelica Palma, also grew up to be authors, like their father.

Ricardo Palma was died on October 6, 1919, in Lima, Peru. The cause of his death is unknown. He was 86 years old when he passed away.

In 1887, Ricardo Palma founded the Peruvian Academy of Language. This group studied Spanish. Palam served as a president of this organization for some years. The organization still exists today.