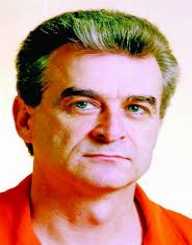 Randy Weaver born January 3, 1948, is a former United States Army combat engineer well known for the 1992 Ruby Ridge standoff with the FBI at Naples, Idaho. He had relocated to Ruby Ridge with his wife and son. He later became a prospect for the FBI as a suspect of the white supremacist movement and was under investigations for years.

On August 21, 1992, the FBI agents invaded his home at Ruby Ridge where a confrontation between the two parties left his wife and son dead. He was sentenced to eighteen months in prison and later his family received compensation of 3,100,000 US Dollars for the death of his wife and son.

Randy Weaver was born Randal Claude Weaver in a family of four children to Clarence Weaver and Wilma Weaver. He was born on January 3, 1948, in Villisca, Iowa. He was raised in a Christian family, and at the age of eleven, he was baptized. In 1966, he graduated from high school and joined Iowa Central Community College.

He was forced to drop out of college in 1968 when he was enlisted to serve in the United States Army. While serving in the army, he qualified to the rank of a Green Beret officer and discharged three years later in 1971.

The same year he returned to Iowa after receiving an honorable send-off from the army. He began studying criminal justice at the University of Northern Iowa with hopes of becoming an FBI agent. However, he was forced to drop out of his studies since he could not afford the tuition fee.

Randy Weaver took a job at a local factory known as John Deere, and at this time his religious views had deepened. His perception of the government changed and became paranoid about other religious entities. Together with his wife, he moved to a remote location to be secluded from the rest of the world. They moved as far as Idaho into Ruby Creek and settled in a cabin that they had made.

He never enjoyed the solitude for long before the government started their hunt for him. He was suspected to have taken part in the series of events conducted by the Aryan Nation. In 1989, two undercover FBI agents bought two guns from him which later led to his apprehension.

The federal institution wanted him to become their possible informant about the Aryan Nation, but he never took up the offer. He was kept behind bars on two accounts of charges including making and possessing illegal weapons.

Randy Weaver was released and was expected to appear before the court for the hearing of his case in February 1991. However, he dodged court and was under the surveillance of a United States Marshall known as Degan for about eighteen months.

On August 21, 1992, a confrontation between the FBI and Weaver ensued at his home in Ruby Ridge where Degan was shot dead alongside his son Samuel. The next day the federal marshals again engaged him and his counterpart Kevin Harris in a shoot-out leading to the death of his wife.

He was arrested and tried for the murder of the U.S Marshal Degan but was acquitted when the evidence showed that he acted out of self-defense from the ambush. In 1995, he was compensated 3.1 million US Dollars for the losses he incurred due to the deaths of his wife and son.

Randy Weaver married Victoria Jordison in 1971 at the First Congregational Church in Fort Dodge, Iowa and together had four children Sara, Samuel, Rachel, and Elisheba. He is currently seventy years old.