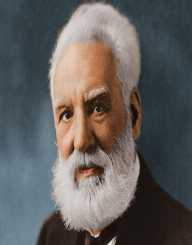 Aurel Stodola was born in May 10th, 1859. His place of birth was Liptovsky Mikulas in Slovakia . His father was Andreas Stodola and mother Anna Kovac. His father was a leather manufacturer. Kornel and Emil were his brothers. They grew up to be quite successful politicians.

Aurel Stodola began his working journey at the Hungarian State Railway. He helped restore a tannery owned by his father in 1883. It had been destroyed by a fire. He later worked at Ruston and Company located in Prague. He served the company from 1884 to 1892. During this period he designed water turbines, steam and compressors.

In 1892 he was an assistant professor. Aurel Stodola taught design and mechanical engineering. He later worked as a full professor till 1929. He then retired. Along his career journey Stodola met with Dr. Ferdinand Sauerbruch. He was a surgeon. The two put together their efforts and came up with an artificial hand. This project was of great help to World War I victims. This is especially those who lost their hands fighting in the war. Even As a retired man Stodola acted as a consultant in the field of engineering.

Aurel Stodola published Thoughts on a Worldview from an Engineering Standpoint in 1931. Through his engineering research he earned himself the Grashof Commemorative Medal (1908). He was also awarded with the James Watt International Gold Medal in1940.

Aurel Stodola helped in funding some of renowned and influential institutions. He began with Zurich Institute of Technology in 1924. The money raised was to help facilitate studies in his alma mater and research work. He later funded the Albert Schweitzer Hospital. This was a hospital in Gabon, Africa. At the moment this hospital is known to lead in coming up with a cure for Malaria. Till the time of his death, Stodola influenced many scientists. A particular Albert Einstein a great scientists became a lifetime friend to him.

Aurel Stodola married Darina Palka in 1887. Together they had two children.

Aurel Stodola had his last breath in December 25th, 1942. He died in Zurich at the age of 83. Later in 1989 his remains were moved to his place of birth. An award was set up to honor this Slovak engineer. This was by The Zurich Institute of Technology, an institution he served for almost his entire career.