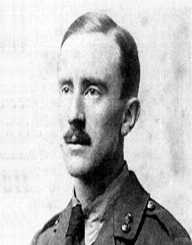 George Reginald Starr was born 6th April 1904, to Alfred and Ethel Starr. He was born in London, England, and had one brother. Although his father was an American, his mother was English, and so his father became a British citizen.

After graduation, he went to work for Mavor and Coulson, a company based in Glasgow, Scotland, that manufactured mining equipment.

When the German invasion began in 1940, Starr was working in Belgium but managed to escape back to England with the British forces in the Dunkirk evacuation. He enlisted into the British Army and waited for a posting. He was recruited into the Special Operations Executive (SOE) as he was a skilled linguist. He was given the code name, Hilaire.

George Reginald Starr sailed to France secretly, in late 1942. He landed shortly before the German forces started to occupy the Vichy Republic. He was based in Castelnau-sur-l’Auvignon, and posed as a retired mining engineer from Belgium, who had made a lot of money in the Congo. His story was accepted by the Germans.

George Reginald Starr was successful in setting up a local French Resistance network between Toulous, Bordeaux and the Pyrenees. He spied on the German 11th Tank Division who was stationed near Bordeaux.caused many problems for the Germans, by severely disrupting their communications network. George Reginald Starr and his recruits cut telephone wires and power lines, and also sabotaged the German power stations and railway lines.

Before the Normandy Invasion in 1944, as the SS Panzer division Das Reich attempted to reinforce German lines in Normandy, George Reginald Starr and his men caused massive delays. His work delayed the Division to the point where they arrived too late to stop the allied landings.

Once the war was over, he was based in Essen, having been given the task of rebuilding the German coal mines. Once he had the mines re-established, George Reginald Starr returned to Mavor and Coulson and was appointed Managing Director. After retiring, he moved to France. During the war, Starr had been one of the most talented Special Operations agents.