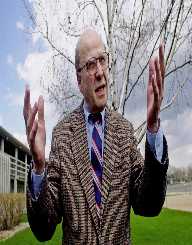 Putting together the first names of his father’s business partner’s names, W. Rands and Aldo Sommers, made Aldo Leopold’s name “Rand Aldo.” After some time the name “Rand” was no longer used though.

Aldo Leopold also had other three siblings. In their family their primary spoken language was German, and they studied English very early in the childhood.

As a child, Aldo Leopold spent as much time outside as possible. His father was very enthusiastic about outdoors and taught his children hunting, woodcrafts, bird watching and other activities. Bird watching was a particularly unusual activity for Aldo, as it required high skills of observation, which Aldo possessed.

The family used to travel every summer together to Michigan near the Lake Huron, where they all together explored the nature.

In 1900 Gifford Pinchot donated money to the Yale University. Pinchot was leading the Division of Forestry in the Agriculture Department, and his aim for the donation was to start a forestry school. This was perfect for Aldo Leopold, as he was very much into outdoors and spent most of his childhood in the woods.

Aldo Leopold stayed there until 1905 when he got into the Yale University. Initially, Aldo Leopold graduated the Sheffield Scientific School to enter the forestry study program, which was only available for graduate students.

After graduating from Yale University, Aldo Leopold started working in the Arizona and New Mexico territories in 1909. Initially, he worked as a forest assistant in Arizona, and two years later, in 1911, he transferred to New Mexico. Leopold stayed in New Mexico until 1924.

While Aldo Leopold was working in New Mexico in the Carson National Forest, he succeeded to rise in his career. He developed a management plan for Grand Canyon, wrote a fish handbook, and included the Gila Wilderness Area into the Forest Service system.

In 1923, shortly before leaving New Mexico, Leopold accepted a position as an associate member of Boone and Crockett Club. This Club is an organization, which focuses on preserving wildlife; the principal finance investors of this Club were Roosevelt and Grinnell.

Aldo Leopold decided to leave New Mexico in 1924. He was offered a position of associate director in the United States Forest Products Laboratory in Wisconsin. He stayed there until 1933 when he became a professor of wildlife management at the University of Wisconsin-Madison.

While working there, he bought a territory of 80 acres, where he tested some of his theories. Afterwards, based on the experience he gathered there, he wrote his most recognized work “A Sand County Almanac” in 1949.

Aldo Leopold spent most of his life nearby the Wisconsin-Madison University. There he lived with his wife and five children. Interestingly, all of his children followed in their father’s footsteps and developed their careers in a similar direction. His oldest son Aldo became a biologist, oldest daughter Luna a hydrologist, and three youngest children Nina, Aldo Carl and Estella became a naturalist, a plant physiologist, and a botanist, respectively. Their family home is nowadays a landmark of the city Madison in Wisconsin.

Aldo Leopold died at the age of 61, in 1949 of a heart attack, while helping a neighbor fight a fire.

The first work assignment that Aldo Leopold had to do in New Mexico was to kill mountain lions, bears and wolves because they were endangering the herds of local ranches. Leopold developed respect for these animals and stressed the need for them in wilderness areas.

Leopold was convinced that forest preservation was essential and developed theories and arguments to protect the wilderness. This was especially important in the decades after the 1920s, when the road building prospered and destroyed the woods and wildlife.

Leopold participated in founding the Wilderness Society in 1935. This society was aimed to protect the grounds of nature.

Aldo Leopold wrote and published several works about nature. They are all unified by the simplicity of how he expresses himself. Leopold describes several different environments where he had been and explained the processes in nature in a very understandable manner. He also discussed the subject of technology in nature, and how it can help humans gain time to appreciate nature.

In 1949 “A Sand County Almanac” was published. It first saw daylight after Leopold’s death, and it was about his own experience of his theories. In the book, a chapter “Land Ethic” touches and explains a topic of “ecological conscience” – harmony between humans and nature.

Leopold’s works are published in several books even after his death. The latest of his publications is included in “A Sand County Almanac and Other Writings on Ecology and Conservation,” that was published in 2013.

Several Aldo’s ideas live on after he has passed away. In 1982 the “Aldo Leopold Foundation” was founded to promote the ideas of Leopold. This foundation oversees the territory of Aldo Leopold. In 2012 the foundation worked together with the United States Forest Service to create a movie about Leopold “Green Fire.” Several other organizations and systems are based on Aldo Leopold’s philosophy and ideas and named after him still to this day.