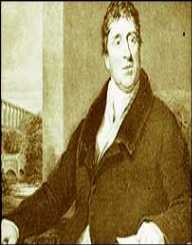 Thomas Telford, one of the most famous and successful Scottish civil engineer and architect, developed a reputation as a prolific highways and bridges designer. Throughout his career, Telford designed numerous infrastructure projects in Scotland. Having designed some of the most excellent tunnels, highways, harbors, and even bridges, Telford was, undoubtedly, one of the most established engineers, with unmatchable designing supremacy, of his time.

As such, Thomas Telford was famously nicknamed, the “Colossus of Roads.” Despite his low-income family background, Thomas worked hard to become the godfather of civil engineering.

Thomas Telford was born at Glendenning, in the rural parish of Westerkirk, Eskdale, on 9th August 1757 to Mr. John Telford, a shepherd, and his wife, Janet Jackson. Soon after his birth, his father died leaving them in extreme poverty with his mother who struggled to raise him. Being poor and even homeless, Thomas and his mother took shelter in a relative’s house.

At a young age of 14 years, Thomas Telford started working as a stonemason apprentice in Langholm where he helped in building farmhouses and smooth roads in Edinburg town. He worked during the day and read about construction at night despite the fact that the day’s work was quite exhausting.

Having worked for several years in Edinburg, Thomas Telford moved to London in 1782 in search of work. In London, he met two established architects, Sir William Chambers and Robert Adam. During that time, Sir William was working on Summerset House, and he immediately invited Thomas to work with him. William soon got impressed with his construction knowledge and involved him in designing and building additions to the house.

Having completed this project, Thomas Telford found a job in Portsmouth dockyard in 1784.  Here, he worked in designing, specification, and management of building projects. As a result, he broadened his knowledge regarding construction projects. In 1787, through William Pulteney, a wealthy man who was also his childhood friend, he was appointed and worked on the renovation of Shrewsbury Castle.

On completion, William got impressed. As a result, Thomas Telford was made the surveyor of public works in Shropshire. Later in 1788, having been invited to deliver professional advice on a leaking roof at St. Chad’s Church in Shrewsbury, Thomas warned that it was on the verge of collapsing. True to his word, the roof collapsed three days later. Although he wasn’t the architect who replaced the roof, his reputation was made locally.

Thomas Telford earned a reputation as one of Britain’s most exceptional civil engineers when he designed the Montford Stone Bridge over River Severn in 1790. The bridge was completed in 1792.This was the first bridge he built. He, however, built 40 other bridges in Shropshire. He also designed the replacement of the bridge at Bewdley, Worcestershire which had been swept away in the winter floods in 1795.

Thomas Telford's first attempt at using iron as the material of a Bridge at Buildwas became successful when he eventually managed to create a stable bridge with iron. Consequently, his reputation as an engineer was further amplified. He was also appointed an engineer of Ellesmere Canal in 1793. The canal took ten years to complete, and Telford’s role was instrumental.

Thomas Telford returned to his country, Scotland, in 1803. Upon his arrival, he started constructing Caledonian Canal to provide help to the people of his homeland. It took him more than a whole decade to complete the project.  He played an active role in the formation of Institute of Civil Engineers. He served as its first president for 14 years until his death.

In 1821, Thomas Telford was elected a foreign member of the Royal Swedish Academy of Sciences. Telford, a new town in Shropshire, was named in his honor in 1968.

A newly opened College in Edinburg, in 1968 was first named after him. It was, however, renamed from Edinburg Telford College to Edinburg College in October 2012. He was also part of the seven inaugural inductees to the Scottish Engineering Hall of Fame in 2011.

Thomas Telford never married. Despite his engineering work, he also published poetry between 1779 and 1784 although he never succeeded as a poet. He got seriously sick of a bilious disarrangement on 23rd August 1834. His condition continued deteriorating to the extent that surgeons attended him twice every day. Eventually, he died on 2nd September 1834 in his London home.