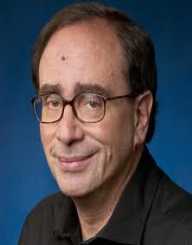 American writer R.L. Stine was born Robert Lawrence Stine into an American-Jewish family in Columbus, Ohio on the 8 October 1943. His parents were Anne and Lewis Stine.

R.L. Stine obtained a B.A. in English from Ohio State University (1965). During his time at university, he was the editor of The Sundial for three years.

As a child, R.L. Stine had his typewriter and used to type out joke books and original stories. After studying for his B.A., he moved to New York City, intent on pursuing a career as a writer.

One of his first jobs was working at Scholastic where he wrote for school magazines. Under the pen name of Jovial Bob Stine, he started writing humorous books for children which included 101 Creepy Creature Jokes, The Sick of Being Sick Book and How To Be Funny. He was the creator and editor of Bananas Magazine.

R.L. Stine had a breakthrough in 1989  when he created the Fear Street series aimed at the Young Adults market. The books were hugely popular and the series, with over a hundred titles,  became one of the best-selling in the history of the genre.

He developed the Goosebumps series in 1992, and with over 130 titles, the series is ongoing. Other work includes The Nightmare Room, Mostly Ghostly, Rotten School, The Nightmare Hour and The Haunting Hour and First Day of School Forever.

The Haunting Hour was adapted for television and won three Emmy Awards for the Most Outstanding Children’s Show. In 2015 a Goosebumps film was released which became a hit. And a movie based on the Fear Street teen series is being developed (2018).

In 1969, R.L. Stine married Jane Waldhorn, an editor and writer.