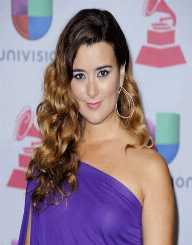 Singer Cote De Pablo was born in Santiago, Chile on the 12 November 1979 to Maria Olga Fernandez and Francisco de Pablo. She has two siblings. The family later moved to Miami, Florida where she was raised.

During her university years, Cote De Pablo was in some productions including The House of Bernarda Alba, A Little Night Music and As The World Goes ‘Round. In 2001 she appeared in Measure for Measure at the New York City Public Theatre, the television series The Education of Max Bickford and The Jury (2004). De Pablo was also on stage in The Mambo Kings (2005) as Dolores Fuentes. Her breakthrough role came when she was offered the part of Ziva David in the hit television show NCIS (2013).

Cote De Pablo was involved with actor Diego Serrano for some years.