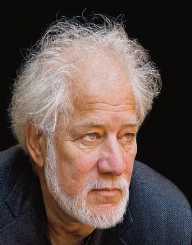 Philip Michael Ondaatje was born 12th September 1943, in Colombo, Ceylon (now Sri Lanka). Ondaatje lived with relatives until 1954 as his parents were separated soon after his birth. In 1954, he moved to England to live with his mother. His education in England was undertaken at Dulwich College.

He started his writing career with poetry. He released The Dainty Monsters in 1967. He has published 13 works of poetry, including, The Collected Works of Billy, the Kid: Left-Handed Poems (1970) and The Cinnamon Peeler (1989). He has published seven novels, the most famous being The English Patient (1992) which was adapted into a movie and went on to win an Academy Award for Best Picture.

Michael Ondaatje has won countless awards for his writing, and among his honors, he has been awarded Officer of the Order of Canada. Among his literary awards, he has the Booker Prize, the Giller Prize, and the St. Louis Literary Award.

Michael Ondaatje first wife was named Kim, and he has two children with her. His second wife is Linda Spalding, also a writer.

From 2000 to 2018, Ondaatje was involved with the Griffin Trust for Excellence in Poetry, serving as a founding member.