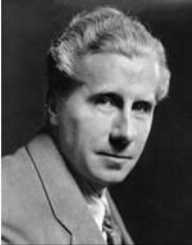 Hugh John Lofting was born 14th January 1886, in Maidenhead, Berkshire, England. He studied at Mount St Mary’s College, and in 1905 he went to the United States and continued his education at the Massachusetts Institute of Technology.

Hugh Lofting started his career as a civil engineer, but when World War I began, he enlisted in the British Army. He served from 1914 to 1918, and in 1919, he moved to Connecticut in the U.S. with his family, due to severe injuries he received during the war.

Lofting began writing letters while he was away at war, and these became the basis for his Doctor Dolittle books. The character that Lofting created was Doctor John Dolittle. He was an English doctor who spoke to animals.

He also released five other children’s books that weren’t part of Doctor Dolittle. These included The Story of Mrs. Tubbs (1923), and Noisy Nora (1929). The only book Lofting wrote for adults was Victory for the Slain in 1942, which was a poem.

Among his awards, Hugh Lofting won the Newbery Medal in 1923, and the Lewis Carroll Shelf Award in 1958.

Hugh Lofting had three marriages throughout his life, with three children.