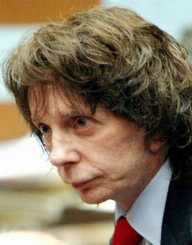 Philip Harvey Spector was born on December 26th, 1939. He is as an American songwriter,  producer and musician best known for writing hit songs and on the flipside, jailed for her girlfriend, Lana Clarkson's murder. He dropped his first hit song in high school alongside The Teddy Bears group.

Philip Harvey Spector was born on December 26th, 1939 in Bronx, New York City. He is the son to Benjamin and Bertha Spector. His father lived in Ukraine as an iron-worker. His mother worked as a seamstress after moving to Los Angeles following the death of Spector's father.

He went to Fairfax High School. Here, he learned to play the guitar and at the same time began writing songs. It is as Fairfax that together with three fellow students, his group produced the hit song To Know Him Is To Love Him. The song topped the charts in the U.S and U.K.

The Teddy Bears separated in 1959, and as a result, Spector returned to Los Angeles. He decided to focus on producing solely. With the help of Lee Hazlewood and Lester Sill, they worked on the Spectors Three project.

In 1961, Sill and Spector started their record label, Phillies Records. The first single from the label "There's No Other (Like My Baby)" took the 20th position on the U.S Billboard chart. Then followed "Uptown," which made it to No. 13.

Still working as a freelance producer, Spector dropped a record twenty consecutive hit songs. He became a famous millionaire by the age of 21. Like any other business, everything wasn't working as he had planned.

In 1966, after producing Tina Turner and Ike's single, Spector disappeared into seclusion. This lasted for two years, achieving very little in the 60s.

In 1969, Phil Spector made a brief return into the industry and produced with A&M Records for Lennon and Harrison. What followed was a stumbling career until 2003. He was arrested and charged in connection with the shooting of Lana Clarkson.

In 2009, the jury tried and found Spector guilty of second-degree murder. What followed was a 19-year sentence and an order to pay Clarkson's mother $17,000. The money was used for funeral expenses.